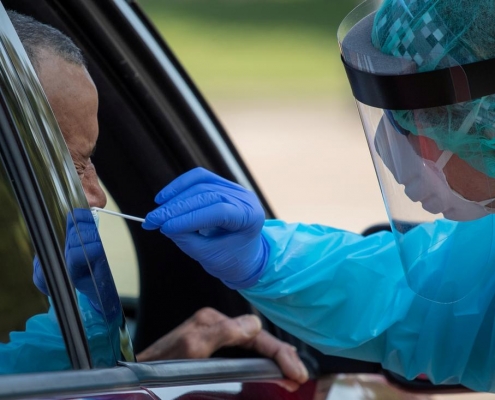 (Reuters) – The Trump administration will send most of its newly purchased 150 million rapid COVID-19 tests to U.S. states for schools and critical services, a White House official said on Tuesday, as New York City pushed back reopening classrooms in a deal with union leaders.

The moves came as The U.S. Centers for Disease Control and Prevention on Tuesday issued a sweeping order temporarily halting landlords across the nation from evicting millions of tenants in what it said was an effort to reduce the spread of coronavirus.

The order covers all 43 million U.S. residential renters as long as they meet income eligibility requirements, although an administration official said the government does not expect an “overwhelming” use of the program.

The daily number of infections has been in decline across most of the United States in recent weeks, with 36,263 reported on Monday, less than half of the mid-July peak, according to a Reuters tally.

Exceptions include Midwest states such as South Dakota, where hundreds of thousands of motorcycle riders gathered for a rally in August, and Iowa.

The portable tests can deliver results within 15 minutes and will sell for $5. They require no additional equipment, and can use a less invasive nasal swab than traditional lab tests.

President Donald Trump has pushed for schools across the country to reopen classrooms, but many districts have ordered students to stay home and learn online.

Among them are Los Angeles and San Diego Counties, the second and third-largest school districts in the nation respectively.

In New York City, Mayor Bill de Blasio said an agreement had been reached with reluctant teachers union leaders to reopen school buildings to students on September 21 as part of his plan for a mix of in-class and remote learning. 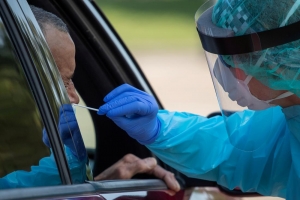 “What we’ve agreed to is to make sure that the health measures are in place, to make sure there is time for the appropriate preparation for our educators,” de Blasio said at a news briefing.

Earlier this week New Jersey and California eased some restrictions imposed in the face of the pandemic, allowing restaurants to begin limited indoor dining.