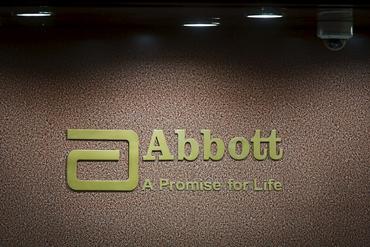 The portable antigen tests, which can deliver results within 15 minutes and will sell for $5, received emergency use authorization from the U.S. Food and Drug Administration on Wednesday.

The portable test from Abbott is about the size of a credit card, requires no additional equipment to operate, and can be conducted using a less invasive nasal swab than traditional lab tests.

Antigen tests are cheaper and faster than molecular diagnostic tests, but somewhat more likely to fail to identify positive cases of the virus than lab-based diagnostic tests. 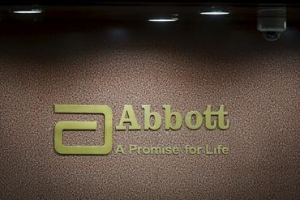 FILE PHOTO: An Abbott company logo is pictured at the reception of its office in Mumbai, India, September 8, 2015. REUTERS/Shailesh Andrade

Abbott shares rose 8% to $111.54 in afternoon trading, and the company declined to comment on the latest development.

The White House confirmed an earlier report from Politico.

Reporting by Jeff Mason in Washngton; Additional reporting by Ankur Banerjee in Bengaluru; Editing by Dan Grebler and Shounak Dasgupta