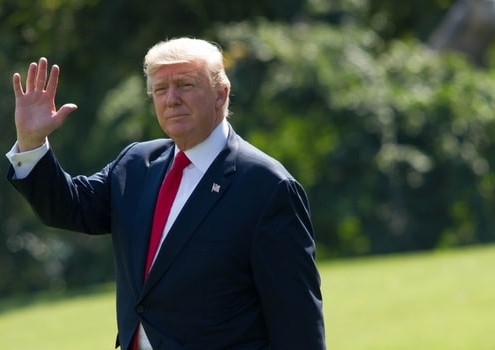 President Donald Trump signed an Executive Order on Tuesday that ensures the U.S. government prioritizes delivery of COVID-19 vaccines to American citizens before sending it to other nations.

What this means for international biopharma companies and their global clientele is unknown, but it does underscore the importance of catalyzing an economic rebound as quickly as possible.

Effective COVID-19 vaccines will enable a return to normalcy.

“Vaccines will vanquish the horrible scourge of what I call the China virus,” President Trump said at the Covid-19 Vaccine Summit.

“Scourge” is an accurate term to describe the totality of the pandemic. Business closures and only partial reopenings are projected to lower the U.S. Gross Domestic Product (GDP) between $3 and $5 trillion, according to research from the University of Southern California (USC). To put that into perspective, the third quarter 2020 GDP is $21.16 trillion for the U.S., according to the Bureau of Economic Affairs. A drop of $3 to $5 trillion, even over two years, is significant.

Global GDP is expected to drop three percent below pre-pandemic estimates by the end of 2021, according to a report from the University of Cambridge.

Both the Cambridge and USC papers predicted that Western nations will see deeper and longer-lasting effects than China or other Asian nations. The USC researchers predict U.S. economic losses at four times those of China. Leaked documents from China, reported in CNN, show, however, that China publically reported only half its COVID-19 cases from October 2019 through the spring, leaving subsequent data suspect.

The economic effects of the ensuing pandemic have been substantial. U.S. projections of losses, published in the journal, Economics of Disasters and Climate Change, are based on three models for the time between March 2020 and the end of February 2022. They include hospitalizations, deaths, and illnesses, and their effect on the economy.

With California under stay-at-home orders and other states underdoing various degrees of lockdowns, governors would do well to consider the economic consequences of restrictions as well as public health concerns.

“In a best-case scenario, we would see containment measures, such as masks and social distancing become more widespread, and possibly even a vaccine by next year, and then businesses and institutions would be able to reopen at an accelerated pace,” Adam Rose, study team leader and director of the USC Center for Risk and Economic Analysis of Terrorism Events (CREATE), said in a statement. 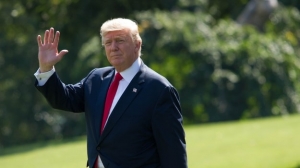 “But in a worst-case scenario, these countermeasures wouldn’t materialize, and reopenings would happen slowly,” Rose added.

Rose and his team reported that mandatory closures and partial reopenings alone could result in a 22% loss of U.S. GDP in just one year, and an even greater loss of GDP over two years. That makes it imperative that vaccines are approved quickly and that ample doses are available to vaccinate the U.S. population.

To help ensure vaccine availability, President Trump said, “If there are any problems, I will institute the Defense Production Act.”

Among other highlights of the USC study, the researchers projected:

·        2 million to nearly 15 million workdays would be lost by people caring for sick loved ones.

·        A loss in demand for some services — such as the use of public transit and school attendance, restaurant dining, and travel.

·        An uptick in demand for communication services to support work-from-home.

No nation is immune from such economic deprivations, according to Kamiar Mohaddes, a Fellow of King’s College at Cambridge, and colleagues.

International economic growth will be stymied in at least 80% of the world’s advanced nations – including Sweden, which did not experience lockdowns – as well as many emerging market economies because of “excel global uncertainty,” Mohaddes and colleagues predict.

That research team created a model of 33 countries covering 90% of the global economy, using data from 1979 onwards – in particular the rare economic shocks – to predict the range of GDP loss likely to be suffered by each nation and region as a result of the pandemic. The study accounts for the nonlinear effects of global economic volatility.

“The techniques capture the effects of rare events such as COVID-19, and account for interconnections and spillovers between countries and markets,” said Mohaddes, who worked with colleagues from the International Monetary Fund, Johns Hopkins University, and the Federal Reserve Bank of Dallas.

The Cambridge study suggests that the U.S. and the UK are likely to experience deeper and longer-lasting effects, while China has more than a 50% chance of its economy improving far quicker than its major western counterparts. The odds for the Euro area are “skewed negatively,” but it’s likely to experience a speedier and sturdier recovery than the U.S. by the end of 2021.