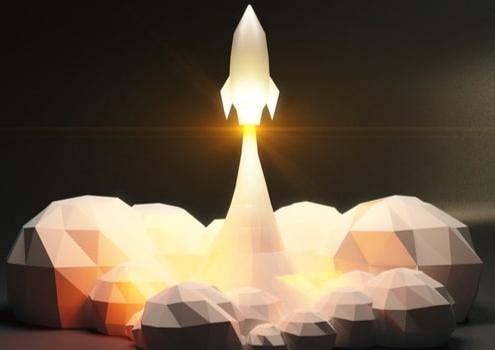 Blast Off! Two Companies Launch with Millions in Financing to Develop New Therapies

Two new companies exploded onto the scene this morning, backed by significant financing that will be used to develop treatments for a wide range of diseases. Metagenomi is a next-generation gene therapy company, and Kira Pharmaceuticals will tackle complement-mediated diseases.

California-based Metagenomi raised $65 million in a Series A financing round to accelerate the expansion of its gene editing systems for therapies in the field of oncology and genetic-related diseases.

Metagenomi is building a proprietary suite of CRISPR-based gene editing systems by applying computational algorithms to screen thousands of genomes from microorganisms around the world. The approach leverages big data and the science of metagenomics to quickly identify novel gene editing systems with properties that leapfrog first-generation technologies. These include the capability to precisely edit genomes via single base changes, knockouts or integrations, with lower potential for off-target effects, the company said this morning.

The Series A round was led by Leaps by Bayer and Humboldt Fund. Other investors included Sozo Ventures, Agent Capital, InCube Ventures and HOF Capital.

During its time in stealth mode, Metagenomi developed a portfolio of these innovative gene editing systems. The company said its goal is to improve patient access to gene editing technologies by providing safe, accurate modalities for use in therapeutic development.

Brian C. Thomas, co-founder and chief executive officer of Metagenomi, said the company’s platform will allow it to accelerate innovation in gene editing technology in order to help patients with incurable genetic diseases.

“This means developing a vast database of gene editing capabilities to enable unprecedented therapeutic approaches. Working with visionary investors, such as Leaps by Bayer and Humboldt Fund, will allow us to deliver on our promise to partners and fuel the development of our own pipeline of innovative curative medicines,” Thomas said in a statement.

In addition to advancing its platform and conducting research for its pipeline, Metagenomi announced it has hired Jak Knowles as chief business officer to oversee exploration of partnerships with industry leaders in the cell and gene therapy space.

Backed by $46 million in financing from biotech entrepreneur Peter Wirth and others, Kira Pharmaceuticals launched with a mission of pioneering a new generation of complement-targeted therapies to treat immune-mediated diseases. With the financing in hand, Kira is aiming to have three assets in the clinic within the next 18 months. The company’s most advanced program, P014, is a first-in-class biologic drug with a unique mechanism of action designed to inhibit both upstream and downstream complement targets. By regulating two separate rate-limiting steps in the complement activation cascade that are critical for disease development, P014 provides a powerful, and potentially safer approach to complement inhibition. P014 has also been engineered with an extended half-life and potency, with the opportunity for self-administration at home, the company said.

The company’s drug discovery platform, dubbed LOGIC (Lead identification, Optimization and attribute Generation, In vivo Confirmation), aims to overcome the challenges of complement drug discovery. The complement system is a key driver and amplifier of inflammation and tissue damage in many human diseases but is complex and historically difficult to target, the company said.

The new company named Frederick Beddingfield, founder and former chief executive officer of Sienna Biopharmaceuticals, as its new CEO. He expressed his excitement at joining the company and noted that Kira’s founding team has “developed an intelligent drug discovery platform driving the development of novel compounds with the ability to overcome the challenges of complement drug discovery and modulate the complement system in new and thoughtful ways.”

Elsewhere in Boston, funds were raised for Decibel Therapeutics, which launched in 2015. The company secured $82.2 million in a Series D financing round that will be used to support clinical and preclinical studies in the company’s pipeline. DB-OTO, Decibel’s investigational gene therapy developed in collaboration with Regeneron, to restore hearing in children with congenital deafness due to a deficiency in the otoferlin gene, is in preclinical studies, and Decibel expects to initiate clinical testing in 2022. DB-020, Decibel’s investigational drug candidate to prevent the ototoxicity associated with cisplatin-based chemotherapy, is in a Phase IB study in cancer patients, with initial human efficacy data expected in 2021.