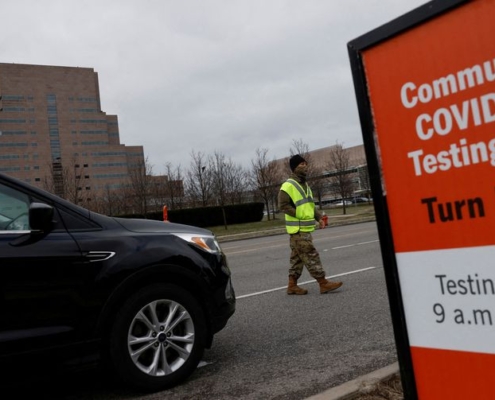 By Susan Heavey and Doina Chiacu

WASHINGTON, Jan 4 (Reuters) – The U.S. Centers for Disease Control and Prevention (CDC) on Tuesday backed its week-old guidance for people seeking to end their COVID-19 isolation at five days, adding they could take a rapid antigen test if they want to and can access one, but is not requiring that.

The agency had been pressured by health experts to institute a test requirement after it cut in half its guidance last week for people to isolate after a COVID-19 infection to 5 days from 10. It said the move was based on science around transmission of the virus.

On Tuesday, the CDC added an explanation on its website, saying that a review of 113 studies from 17 countries showed that most transmission occurs early in the course of infection. It said the average period of infectiousness and risk of transmission was “between 2-3 days before and 8 days after symptom onset.”

The agency’s new advice stops short of mandating or recommending the test.

“If an individual has access to a test and wants to test, the best approach is to use an antigen test towards the end of the 5-day isolation period,” the agency said.

The isolation period should be followed by strict mask use for an additional five days, the CDC said last week and again on Tuesday. However, if an individual tests positive after 5 days, they should isolate for the full 10 days, it said.

The highly transmissible Omicron variant of the coronavirus has spread rapidly, leading to worker shortages at airlines, schools and businesses. Delta Airlines (DAL.N) and others had publicly pressured the CDC to cut the isolation period. The CDC subsequently shortened the recommended isolation time. 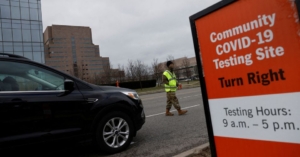 “They have certainly received feedback and questions about the role of testing in shortening that quarantine period and they’re actually working right now on issuing a clarification on that,” he said.

The policy is in line with comments CDC Director Rochelle Walensky made late on Monday.

If people have access to a rapid antigen test, they can go ahead and take it five days after testing positive if their symptoms are gone and they feel well, she told CBS’ “The Late Show” program.

“If it’s positive, stay home for another five days,” she said.

“If it’s negative, I would say you still really need to wear a mask” because the infection could still spread, she added.

“You still should probably not visit grandma, you shouldn’t get on an airplane and you still should be pretty careful when you’re with other people.”