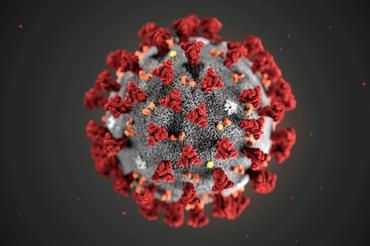 (Reuters) – U.S. cases of the novel coronavirus surpassed six million on Sunday as many states in the Midwest reported increasing infections, according to a Reuters tally.

Nationally, metrics on new cases, deaths, hospitalizations and the positivity rates of tests are all declining, but there are emerging hotspots in the Midwest.

Many of the new cases in Iowa are in the counties that are home to the University of Iowa and Iowa State University, which are holding some in-person classes. Colleges and universities around the country have seen outbreaks after students returned to campus, forcing some to switch to online-only learning.

New York Governor Andrew Cuomo on Sunday said his state was sending a “SWAT team” to a State University of New York (SUNY) campus in Oneonta in upstate New York to contain a COVID-19 outbreak. Fall classes, which started last week at the college, were suspended for two weeks after more than 100 people tested positive for the virus, about 3% of the total student and faculty population, SUNY Chancellor Jim Malatras said.

“We have had reports of several large parties of our students at Oneonta last week, and unfortunately because of those larger gatherings, there were several students who were symptomatic of COVID,” Malatras said.

FILE PHOTO: An activist holds his hand over his heart in silence while holding American flags at sunrise to memorialize victims of the coronavirus disease (COVID-19) outbreak, near the Washington Monument in Washington, U.S., August 27, 2020. REUTERS/Tom Brenner

Across the Midwest, infections have also risen after an annual motorcycle rally in Sturgis, South Dakota drew more than 365,000 people from across the country from Aug. 7 to 16. The South Dakota health department said 88 cases have been traced to the rally.

More than eight months into the pandemic, the United States continues to struggle with testing. The number of people tested has fallen in recent weeks.

Many health officials and at least 33 states have rejected the new COVID-19 testing guidance issued by the Trump administration last week that said those exposed to the virus and without symptoms may not need testing.

While the United States has the most recorded infections in the world, it ranks tenth based on cases per capita, with Brazil, Peru and Chile having higher rates of infection, according to a Reuters tally.

The United States also has the most deaths in the world at nearly 183,000 and ranks 11th for deaths per capita, exceeded by Sweden, Brazil, Italy, Chile, Spain, the United Kingdom, Belgium and Peru.

Reporting by Lisa Shumaker in Chicago and Maria Caspani in New York; Editing by Daniel Wallis and Paul Simao

Nestlé Snaps Up Outstanding Shares of Aimmune for $2.6 Billion
Scroll to top