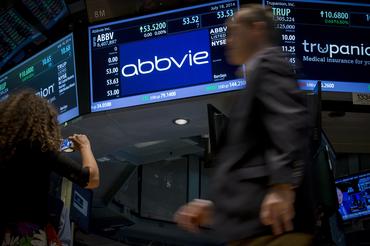 (Reuters) – A federal appeals court on Wednesday threw out an order requiring AbbVie Inc and a partner to disgorge $448 million in profit for trying to keep generic versions of the blockbuster testosterone replacement drug AndroGel off the market.

Ruling in an antitrust case by the Federal Trade Commission, the 3rd U.S. Circuit Court of Appeals in Philadelphia said the lower court judge who ordered the disgorgement by AbbVie and Besins Healthcare Inc lacked authority under federal law.

The FTC called that arrangement an illegal “reverse payment,” where the billions of dollars of AndroGel revenue that AbbVie wanted to protect far offset the $100 million in TriCor sales it might sacrifice.

Both patent lawsuits had been brought by Abbott Laboratories, which split off North Chicago, Illinois-based AbbVie at the start of 2013.

The FTC case is part of that regulator’s long fight against “pay for delay” settlements, where brand-name drugmakers pay rivals to postpone cheaper generics in exchange for resolving patent lawsuits.

An FTC spokeswoman said the regulator was pleased the reverse payment claim was reinstated, was disappointed with parts of the decision, and will consider its legal options.

AbbVie and lawyers for Besins did not respond to requests for comment. Teva is no longer a defendant.