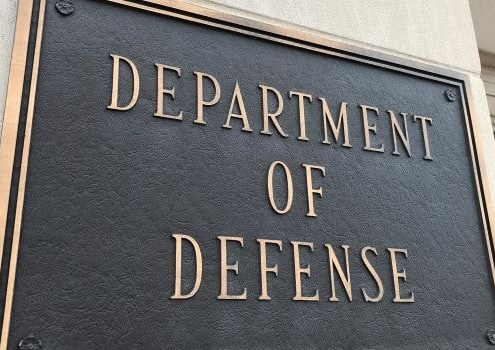 The United States Department of Defense (DOD) awarded Moderna a contract worth $1,966,598,000 for an additional 100 million doses of its COVID-19 vaccine. The manufacturing will be handled in Cambridge, Massachusetts and is expected to be fulfilled by June 30, 2021.

Moderna’s vaccine has been granted emergency use authorization (EUA) in the U.S. and in Canada. The EUA was granted by the FDA on December 18 for individuals 18 years of age and older. Health Canada granted authorization on December 23. The Canadian authorization came under Health Canada’s Interim Order Respecting the Importation, Sale and Advertising of Drugs for Use in Relation to COVID-19 and was based on a rolling review of data that started on October 12. It included data from the Phase III COVE trial of 30,000 volunteers. 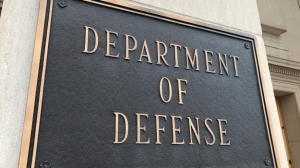 Earlier in December, the Canadian government exercised its option to increase its confirmed order of the vaccine by 20 million doses, bringing the total commitment to 40 million doses.

At the time, Stephane Bancel, Moderna’s chief executive officer, stated, “I want to thank Health Canada and the Canadian government for this authorization, which is a significant moment in our company’s history. Health Canada provided a comprehensive, thorough review and provided us with ongoing guidance as we worked together to achieve this authorization. I am proud of the role Moderna has been able to play in helping to address this pandemic.”

The European Commission (EC) has secured 160 million doses of Moderna’s vaccine, although the European medicines Agency (EMA) has yet to authorize the vaccine for use in the European Union. A meeting of the EMA’s Committee for Human Medicines (CHMP) is scheduled for January 6, 2021.

The UK government has received a commitment for seven million doses of the Moderna vaccine, 40 million of the Pfizer-BioNTech vaccine, and 100 million doses of the AstraZeneca-University of Oxford vaccine. The Pfizer-BioNTech vaccine is already being distributed in the UK and the U.S. Expectations are that the AstraZeneca-Oxford vaccine will be authorized in the UK on January 4, although there is as yet no indications when or if it will be authorized in the U.S. As of this date, U.S.-based clinical trials of the AstraZeneca-Oxford vaccine have not yet been completely enrolled.

The AstraZeneca-Oxford vaccine was delayed in the U.S. after a clinical hold was placed on the trial after a UK patient suffered a severe reaction, transverse myelitis, a partial paralysis of the spine, that may have been caused by the vaccine. Although the trials restarted after a few days in the UK and other countries, it was delayed for a number of weeks while the FDA evaluated it. There have also been confounding results in the trials, with 1800 participants accidentally receiving a half-dose of the first injection and that group reporting an efficacy of 90%, compared to about 62% in the regular doses. Researchers do not yet understand the disparity.

In the U.S., Moderna has committed to 200 million doses—not including the additional 100 million for the DOD. The company reported on December 11 that the U.S. government had exercised its option to acquire an additional 100 million doses of the vaccine, bringing it up to 200 million. About 20 million are expected to be delivered by the end of this week with the rest available in the first quarter of 2021. The second half of the 200 million will be delivered in the second quarter of 2021.

So far, about 2.1 million people in the U.S. have received their first dose of a COVID-19 vaccine. The Pfizer-BioNTech was available a week earlier than the Moderna vaccine. The federal government reported yesterday that it had delivered more than 11.4 million doses to federal agencies, states and territories. For the most part, the first people to receive the vaccine have been front-line medical workers and nursing home residents … and U.S. politicians, a number of whom have been prominent pandemic deniers, such as Senator Marco Rubio, who attacked Anthony Fauci, director of the U.S. National Institutes of Allergy and Infectious Diseases (NIAID), who co-developed the Moderna vaccine, at the same time.

Overall, the rollout in the U.S. has been slower than projected by the Trump Administration, which pledged 20 million doses by the ended of the year. Much of the reason for the delay appears to be related to the fragmented, privatized, profit-focused U.S. medical system. The federal government has largely overseen distribution to states, but the states then are implementing distribution to hospitals and pharmacists. Although the U.S. Centers for Disease Control and Prevention (CDC) made recommendations about prioritizing the vaccine, states had the option to ignore those suggestions. Operation Warp Speed allocated initial doses to states based on population, where the states then decided on their own where and how to distribute the vaccines.