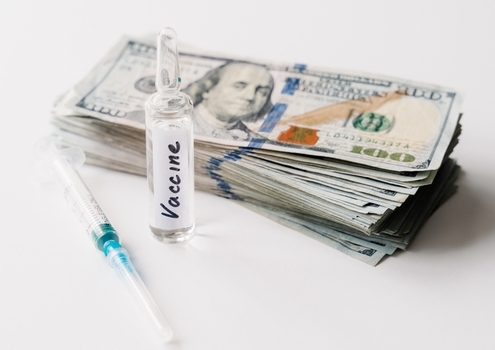 In order to generate more shots on goal in the development of a vaccine for COVID-19, the novel coronavirus that has become a global pandemic, the U.S. government will provide funds for the development of three vaccine programs against the disease.

In an interview this morning with CNN, Dr. Anthony Fauci, the nation’s leading infectious disease expert, said the government will help finance Phase III studies of three vaccine candidates. The vaccine candidates that the government will subsidize the late-stage trial are under development by Moderna, AstraZeneca and the Jenner Institute of Oxford, and Johnson & Johnson. The Moderna study is expected to begin in July, AstraZeneca’s Phase III program is expected to begin in August and J&J’s in September, CNN said.

The news comes one day after Fauci alluded to governmental support of multiple vaccine programs during an interview at the annual BIO convention. During an interview with BIO Chief Executive Officer Michelle McMurry-Heath, Fauci said the government has provided funding for multiple vaccine candidates in order to de-risk the investments it was making to promote the development of a vaccine.

The U.S. government has already been providing support for multiple vaccine programs, including the three finalists. Each of the three companies have been part of the government’s Operation Warp Speed, an ambitious program that set a goal of having 100 million doses of a vaccine against COVID-19 available by November. Massachusetts-based Moderna moved its mRNA-based vaccine into Phase II last month and announced its plans to launch Phase III in July.

AstraZeneca and the Jenner Institute recently launched a Phase II/III study of its vaccine candidate and earlier this month announced plans to ramp up its manufacturing effort in order to meet a goal of developing two billion doses, with hundreds of millions being available by the end of the year.

Johnson & Johnson’s vaccine program is not as advanced as the two other companies. It identified a lead candidate in April and forged an agreement with Emergent BioSolutions to meet its manufacturing needs that same month. Today, Johnson & Johnson announced its intentions to enter the clinic in the second half of July with a Phase I/IIa study.

In his interview with CNN, Fauci said the decision to fund the three vaccine candidates was made by the Department of Health and Human Services with input from the National Institutes of Health and other agencies. That funding will keep to a timeline of a potential vaccine at scale by the end of this year or early next year, CNN said.

During his interview with McMurry-Heath at BIO, Fauci said he is sure there will be “more than one winner” when it comes to developing a vaccine against COVID-19. Because of the nature of the disease and how quickly it spreads, Fauci speculated that all of the potential vaccines will be needed.

“It has devastated the world and isn’t over yet,” Fauci said at BIO.

AstraZeneca ties up with Emergent BioSolutions to make COVID-19 vaccine in ...
Scroll to top