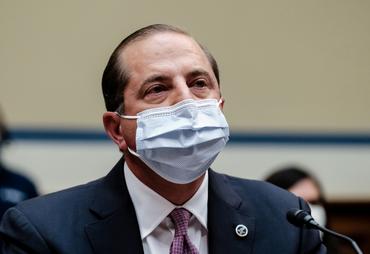 Pfizer on Monday said that the vaccine it has been developing with German partner BioNTech SE BNTX.O was 90% effective against COVID-19. It said it expects safety data next week that it needs in order to submit an application for emergency use authorization to the U.S. Food and Drug Administration.

Azar said that final decisions are subject to a close look at the vaccine efficacy data, but based on recommendations to the government, it will likely start with inoculations of the elderly in nursing homes and assisted living, healthcare workers and first responders, with a goal to complete those shots by the end of January.

Azar said he anticipates more vaccines from other rivals soon, including Moderna MRNA.O, which is expected to announce its interim results at the end of the month. 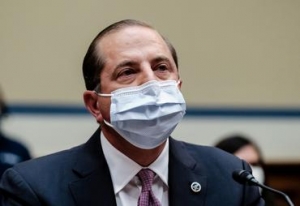 “By the end of March, early April, we expect to have enough for every American who would like to be vaccinated,” Azar said.

Azar also said the U.S. government would ensure equitable distribution of Eli Lilly’s antibody treatment for COVID-19 patients, starting first with hospitals and areas where there are many cases.

Azar said health officials and Lily were exploring other ways to give the treatment outside hospitals, including outpatient infusion centers.