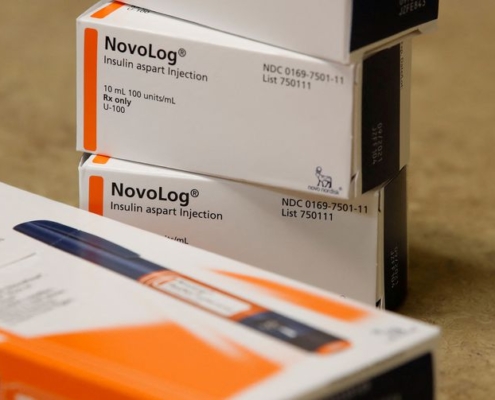 By Richard Cowan and Ahmed Aboulenein

WASHINGTON, March 31 (Reuters) – The high cost of insulin to treat diabetes would be drastically reduced under legislation the U.S. House of Representatives passed on Thursday, in a rare example of drug price reform gaining traction in Congress.

By a vote of 232-193, with few Republicans supporting the measure, the House approved the bill that would cap patients’ out-of-pocket costs at $35 a month for their insulin.

Currently, monthly supplies of the life-sustaining medicine average around $375 and can go as high as $1,000, causing some people to skip needed doses.

“No one should have to ration their insulin to help reduce costs and risk their health and in some cases actually cost them their lives,” said Democratic Representative Frank Pallone, who chairs a committee that oversees health policy, during House debate.

The legislation would still have to be considered by the Senate, which is crafting a much broader bill.

The Democratic-led effort, if successful, could have far wider ramifications for lowering prescription drug costs – a goal supported by Americans in the run-up to the Nov. 8 congressional elections, according to public opinion polls.

“It is for us a step in the direction of the secretary (of Health and Human Services) being able to negotiate drug prices beyond insulin,” House Speaker Nancy Pelosi said at her weekly news conference on Thursday.

Three companies, Sanofi SA (SASY.PA), Eli Lilly and Co (LLY.N), and Novo Nordisk (NOVOb.CO), have long dominated the U.S. insulin market. The trio own some 90% of the market for insulin, which was invented in the 1920s but continues to rise in cost to consumers.

More than 34 million people in the United States have diabetes, according to the U.S. Centers for Disease Control and Prevention. Most have type 2, which typically does not require insulin to control blood sugar but can. Nearly 1.9 million Americans with type 1 diabetes must take insulin every day.

Boxes of the drug NovoLog, made by Novo Nordisk Pharmaceutical, sit on a counter at a pharmacy in Provo, Utah, U.S. January 9, 2020. REUTERS/George Frey

Medicare, the U.S. government health insurance program for those age 65 and older and the disabled, could have saved more than $16.7 billion from 2011 to 2017 on insulin purchases had it been allowed to negotiate discounts with drug companies, according to a congressional report released last December.

Republican Representative Cathy McMorris Rodgers dismissed the legislation as a “government drug-pricing scheme; part of a socialized medicine approach that would lead to fewer cures” while raising health insurance premiums.