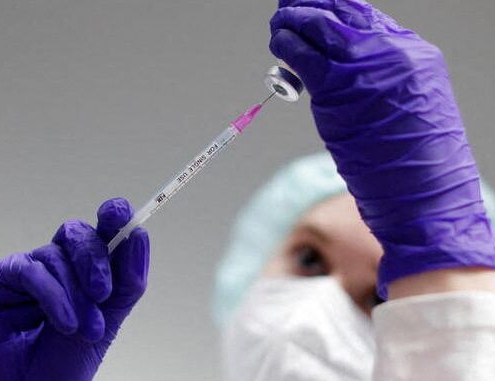 WASHINGTON, Jan 21 (Reuters) – A judge in Texas ruled on Friday that President Joe Biden could not require federal employees to be vaccinated against the coronavirus and blocked the U.S. government from disciplining employees who failed to comply.

It was the latest setback to White House efforts to require various groups of American workers to get vaccinated.

Biden had issued an order requiring about 3.5 million government workers to get vaccinated by Nov. 22 barring a religious or medical accommodation — or else face discipline or firing.

U.S. District Judge Jeffrey Brown said the question was whether Biden could “require millions of federal employees to undergo a medical procedure as a condition of their employment. That, under the current state of the law as just recently expressed by the Supreme Court, is a bridge too far.”

Brown, based in Galveston and appointed by then-President Donald Trump, said the government could protect public health with less invasive measures, such as masking and social distancing.

The judge’s ruling is the latest in a series of court decisions to go against government vaccine requirements.

The White House said more than 93% of federal employees have received at least one vaccination and 98% have been vaccinated or are seeking a religious or medical exemption. 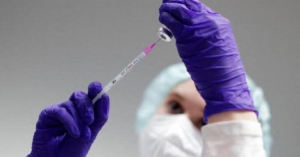 “We are confident in our legal authority,” White House spokeswoman Jen Psaki said in response to the judge’s ruling.

The Justice Department on Friday said it would appeal the ruling. The government has noted numerous other courts that had rejected similar challenges and that federal agencies have said they will not discipline or punish employees with pending exemption requests.

The judge said it was his understanding that the government was going to be begin disciplining non-compliant employees imminently. The White House said this month it wanted federal agencies to begin mandating regular COVID-19 tests weekly by Feb. 15.

Brian Fouche, a survey statistician with the Department of Commerce with 16 years government experience, was told in a Jan. 19 letter that he would be suspended for 14 days beginning Jan. 30 because he refused to disclose his vaccination status, according to court documents.

The letter from the U.S. Census Bureau informed Fouche that his “misconduct is very serious and will not be tolerated,” according to a copy of the letter in court records. The letter said failure to comply with the vaccine requirements could lead to his dismissal.

The order covers federal workers in the executive branch — but did not apply to postal workers or legislative or judicial employees.

In mid-January, the U.S. Supreme Court blocked the president’s COVID-19 vaccination-or-testing mandate for large businesses, a policy conservative justices deemed an improper imposition on the lives and health of many Americans. The court allowed a separate federal vaccine requirement for healthcare facilities. read more

A third major vaccine requirement aimed at employees of federal contractors like airlines and manufacturers was blocked by a federal judge in December. read more

COVID-19 has killed more than 860,000 people in the United States in the two-year-long pandemic and has weighed heavily on the economy.

Many large employers such as United Airlines and Tyson Foods Inc have touted their success in using mandates to get nearly all staff vaccinated. The Supreme Court ruling that blocked the mandate for larger businesses prompted some employers, including Starbucks, to abandon vaccine requirements for staff. read more