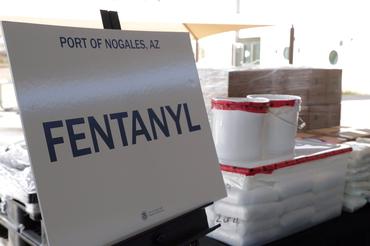 WASHINGTON (Reuters) – The U.S. Justice Department has signaled support for legislation to extend by seven months a ban on illegal copycat versions of fentanyl, the powerful synthetic painkiller that has helped fuel the nation’s opioid epidemic.

Without action from Congress, the temporary ban on all variants of fentanyl – a drug 100 times more potent than morphine – would expire on May 6. The department said in a statement late on Monday it intends to “work with Congress to seek a clean, seven-month extension to prevent this important law enforcement tool from lapsing.”

The U.S. Drug Enforcement Administration since 2018 has sought to crack down on the proliferation of chemical look-alikes of fentanyl, known as “analogues,” by classifying them as so-called Schedule 1 drugs, meaning like heroin they are highly addictive and have no medical use.

Fentanyl has been linked to large numbers of deaths as the United States battles a decades-old opioid epidemic. Many of the fentanyl analogues that have flooded America’s streets were manufactured in China or Mexico.

The DEA under Biden’s predecessor Donald Trump lobbied Congress to make permanent a temporary ban on all fentanyl chemical copycats, both to deter their importation and to make it easier for prosecutors to bring drug-trafficking cases. 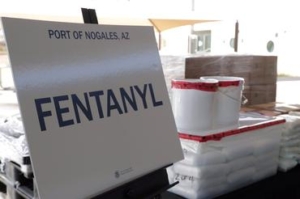 Before the class-wide ban, the DEA and the Food and Drug Administration were required to undertake a rigorous scientific study of each individual new variant of fentanyl found on the streets before it could be added to Schedule 1.

Congress has balked at making the ban permanent amid concerns voiced by criminal justice advocates and some researchers that such action could make it harder for scientists to win approval for studying the substances and could lead to mass incarceration of low-level drug dealers and addicts.

The Justice Department’s statement acknowledged these concerns, saying it intends to “address legitimate concerns related to mandatory minimums (prison terms) and researcher access to these substances.”

Reporting by Sarah N. Lynch; Editing by Will Dunham