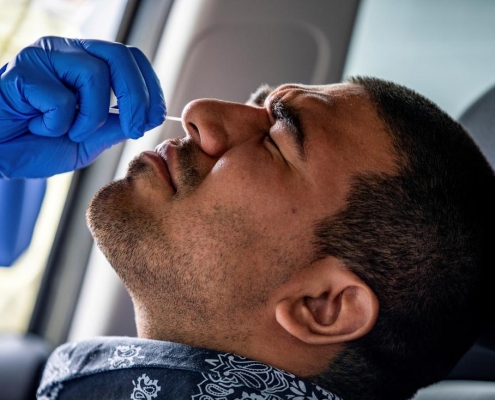 U.S. sets record with over one million coronavirus tests in a day

(Reuters) – The United States set a one-day record with over 1 million coronavirus diagnostic tests being performed, but the country needs 6 million to 10 million a day to bring outbreaks under control, according to various experts.

The country performed 1,061,411 tests on Saturday, according to data from The COVID Tracking Project, a volunteer-run effort to track the outbreak.

The record comes after testing has fallen for several weeks. The United States tested on average 650,000 people a day in the week ended Sept. 13, down from a peak in late July of over 800,000 people a day.

Since the start of the pandemic, testing shortages have hampered efforts to curb the spread of the virus.

At one point during the summer, Houston residents lined up in cars and waited hours for tests, even sleeping in their vehicles overnight. Miami saw similar lines.

Once tested, people may have to wait up to two weeks to learn if they have the virus, which has killed nearly 200,000 Americans and infected more than 6.7 million. Such delays defeat the purpose of trying to prevent further infections.

In March, President Donald Trump said “anyone who wants a test, gets a test.” That goal has yet to be achieved.

At the heart of the crisis is a reliance by labs on automated testing equipment that locks them into using proprietary chemical kits and other tools made by a handful of manufacturers.

The Food and Drug Administration has granted emergency use authorization to several saliva tests, which require no swabs and use readily available reagents.

The United States has also authorized pooled testing, a method that tests samples from several people at once and can expand testing capacity. 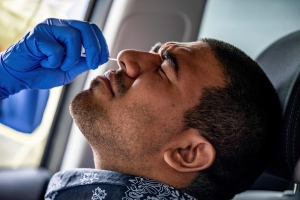 However, pooled testing is only more efficient in areas with limited outbreaks. In mid-September, 27 of 50 states had positive test rates above 5%, according to a Reuters analysis, including South Dakota at 17%.