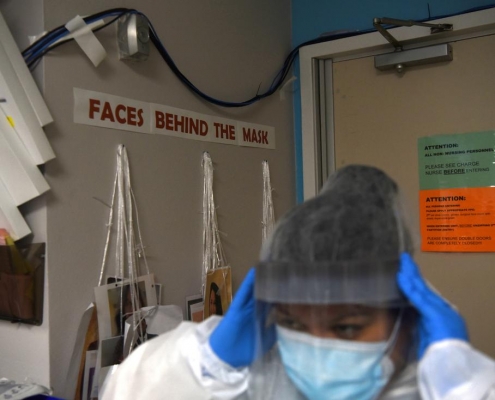 (Reuters) – The United States shattered its daily record for coronavirus infections on Thursday, reporting more than 77,000 new cases as the number of deaths in a 24-hour period rose by nearly 1,000, according to a Reuters tally.

The loss of 969 lives was the biggest increase since June 10, with Florida, South Carolina and Texas all reporting their biggest one-day spikes on Thursday.

More than 138,000 Americans have died from COVID-19, a toll that experts warn will likely surge following recent record spikes in case numbers and an alarming rise in hospitalizations in many states.

The hardest-hit areas in Texas and Arizona are running out of places to store bodies as their morgues fill up and are bringing in coolers and refrigerated trailers.

U.S. deaths peaked in April, when the country lost on average 2,000 people a day. Fatalities have steadily fallen, averaging 1,300 a day in May and under 800 a day in June before rising again in July, according to a Reuters tally.

Americans have become increasingly divided on issues such as the reopening of schools and businesses and wearing face masks in public, hindering the fight against the virus.

On Thursday, Texas reported over 15,000 new cases, according to a Reuters tally of county data, while Florida reported nearly 14,000 new cases and California almost 10,000. 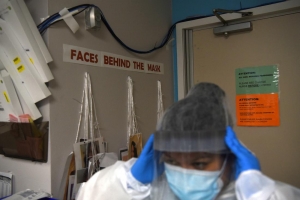 Dr. Anthony Fauci, the government’s top infectious diseases expert, has warned that cases could soon top 100,000 a day if Americans do not come together to take steps necessary to halt the spread of the virus.