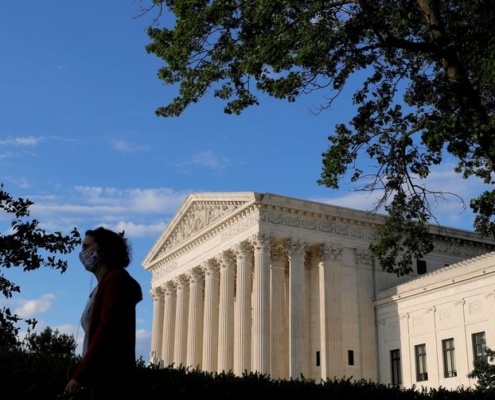 The U.S. Supreme Court rejected a bid by Johnson & Johnson (JNJ.N) to overturn a $70 million jury verdict against the pharmaceutical company for its failure to warn about risks associated with off-label uses of its antipsychotic drug Risperdal.

The court turned away the company’s appeal of a November 2019 ruling by the Superior Court of Pennsylvania that upheld the verdict in favor of a Tennessee man named Adam Yount, who was prescribed the drug at age 4 in 2003.

A jury in the Philadelphia Court of Common Pleas in 2016 found that the company failed to warn Yount’s healthcare providers about the risk of gynecomastia, an enlargement or swelling of breast tissue in males caused by a hormonal imbalance, and that it intentionally falsified, destroyed or concealed evidence in the case. 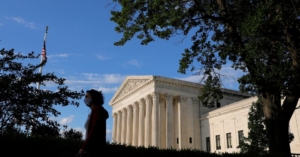 A person in a mask walks past the United States Supreme Court Building in Washington, D.C., U.S., May 13, 2021. REUTERS/Andrew Kelly/File Photo

Warnings contained on drug labels are overseen by the U.S. Food and Drug Administration. But “off-label” uses – to treat patient populations outside of the FDA’s approval or for conditions and dosage beyond the agency’s approval – by doctors are commonplace.

Yount developed gynecomastia at age 5 as a result of taking Risperdal, according to his lawyers. J&J has said that Yount’s doctor discontinued the treatment but that the patient’s mother requested that it be resumed. The drug at the time had not been approved for pediatric use so the label did not include a specific warning about gynecomastia in children.

J&J’s lawyers have said the verdict was impermissible under federal law. It said it could not have included the warning because manufacturers are barred from changing their labels to include information about off-label uses.

The FDA approved Risperdal in 1993 to treat schizophrenia and bipolar mania in adults, but it was only in 2006 that its use was approved for irritability associated with autism in children.

New Brunswick, New Jersey-based J&J and its Janssen Pharmaceuticals unit have faced thousands of Risperdal-related lawsuits and 10,000 remain pending, according to the company. One case resulted in an initial $8 billion jury verdict, which was later reduced to $6.8 million.

The company agreed separately in 2013 to pay $2.2 billion to settle U.S. criminal and civil probes into its marketing of Risperdal and two other drugs.