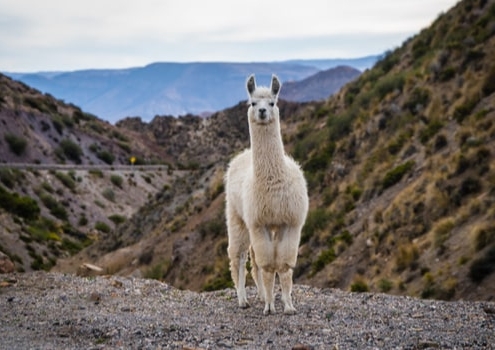 Nanobodies derived from llamas have neutralized the SARS-CoV-2 spike in the lab, effectively neutralizing the virus, according to research from the UK’s Rosalind Franklin Institute. This opens the doors to another potential therapy or adjutant, even for severely ill, late-stage patients.

“These nanobodies have the potential to be used in a similar way to convalescent serum, effectively stopping progression of the virus in patients who are ill. We were able to combine one of the nanobodies with a human antibody and show the combination was even more powerful than either alone. Combinations are particularly useful since the virus has to change multiple things at the same time to escape; this is very hard for the virus to do. The nanobodies also have potential as a powerful diagnostic,” James H. Naismith, Ph.D., D.Sc, FMedSci, and director of the Rosalind Franklin Institute (RFI), said in a statement.

The nanobody approach being investigated by Dr. Naismith and colleagues offers an important alternative to convalescent serum. Although such serum can greatly improve clinical outcome through a process known as passive immunization, it is not as straightforward as a lab-based product – such as nanobodies – that can be manufactured on demand.

The research, published in Nature Structural & Molecular Biology, is in its early stages.

“We know that neutralizing the virus can help treat sick people. Likewise, passive immunization is well known,” Dr. Naismith told BioSpace. “The next step is to go to animal trials.”

He anticipates starting those trials this summer with the hope of beginning human trials this winter.

What separates this work from other antibody-based therapies is the use of a special category of antibodies known as nanobodies. These single domain antibodies are only found in llamas, camels, alpacas and cartilaginous fish, such as sharks. At only 12 to 15 kDa, they are much smaller than the 150 kDa antibodies common in humans and other mammals.

“They are small, stable and easy to reproduce and may go places other systems cannot,” Dr. Naismith elaborated. For example, they can enter tissues other antibodies cannot (including the blood-brain barrier), yet offer high specificity, high affinity, and – because of their rapid clearance – low toxicity. Compared to mammalian antibodies, they are more easily expressed in E.coli (which makes manufacturing faster), and can be easily conjugated with markers or enzymes for diagnostics or therapeutics. One nanobody drug – Caplivi (caplacizumab), developed by Ablynx NV – was approved in 2018 by the EMA and 2019 by the FDA for thrombotic thrombocytopenic purpura.

In COVID-19, the SARS-CoV-2 virus’ spike protein binds to the human angiotensin-converting enzymes (ACE2) before entering human cells. In lab tests, each of the two nanobodies the RFI researchers created recognize the same epitope. “That epitope partly overlaps with the ACE2 binding surface,” they wrote, and blocks the spike protein from binding to that enzyme. Therefore, the engineered nanobodies neutralize the spike on the SARS-CoV-2 virus and thus prevent an infection.

Importantly, the researchers found that “the nanobodies bind to the spike protein in a new and different way to other antibodies already discovered,” the Institute commented in announcing the paper’s publication.

Specifically, in examining the region of the receptor binding domain (RBD), “We noted that in the nanobody–spike complex, the ‘up’ RBD makes contacts with the nanobody that is bound to ‘down’ RBD… the spike protein can only bind to ACE2 with the RBD in the ‘up’ state.”

This research shows that the H11-H4 nanobody – the strongest of the two nanobodies they created – binds tightly to the RBD, blocks ACE2 binding and neutralizes the virus. The researchers suggest it would bind not only to the RBD conformations in which all the spikes were down, but also to “two down, one up” conformations within the spike, thus extending its potential as a COVID-19 therapy.

“The paper noted 100% neutralization and a small plaque phenotype, which suggests these nanobodies will be very effective,” Dr. Naismith said. If not, or if the virus mutates, there are options, he added.

As background, the researchers explained that the SARS-CoV-2 is structurally different from the SARS-CoV-1 virus. One of the notable differences is the 10- to 20-fold higher binding affinity between the virus spike and ACE2, which makes it much more transmissible.

The lack of conservation of the H11-H4 epitope between the two viruses suggests that variations of SARS-CoV-2 may emerge that retain the ACE2 binding site but that do not recognize H11-H4 or related nanobodies. That fear is somewhat countered by the ability to quickly design and manufacture new nanobodies against the SARS-CoV-2 variants that no longer are neutralized by H11-H4.

Options may include the VHH72 nanobody reported in Cell, which neutralized betacoronaviruses; a human monoclonal antibody that SARS-CoV-2 infection, published in Nature Communications; or the Ty1 llama antibody that blocks receptor action, detailed in a bioRxiv preprint.

Which of these innovations will progress through trials and into commercialization is anybody’s guess but, as Dr. Naismith said, nanobodies seem promising.