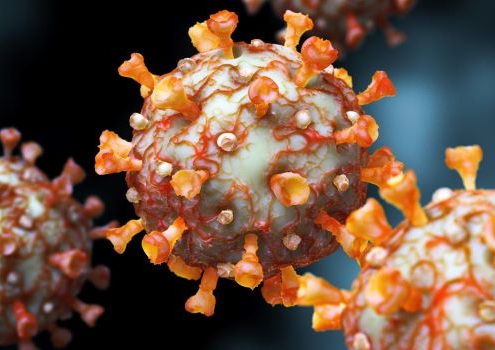 Research Roundup: UK Variant Not as Lethal as Originally Reported and More

UK Variant Not as Lethal as Originally Reported

The so-called U.K. variant of SARS-CoV-2, known as B.1.1.7 was originally described as possibly being 30% more lethal than the wild-type, original Wuhan strain. This was mostly based on a report released by the British government in February, which looked at several studies and concluded that “it is likely that infection with … B.1.1.7 is associated with an increased risk of hospitalization and death compared to infection with non-[variant] viruses.” However, a new study by researchers at the University College London (UCL) published in Lancet Infectious Diseases finds that although the B.1.1.7 is more transmissible than the Wuhan strain, it is likely not more deadly.

An editorial by David Lye of the National Centre for Infectious Diseases in Singapore described the probable reasons for the differences in the studies. For example, they were based on different patient populations. The earlier studies depended upon a “community-based testing dataset,” while the current study evaluated hospitalized patients who included “substantially more older adults” than the earlier studies. “Although these large community studies found a significant difference in mortality at a population level, the absolute risk increase affecting individual patients is probably minimal.” 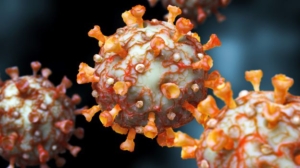 The current study also leveraged whole-genome sequencing, recruited hospitalized patients, and had a patient population that reflected a broader spectrum of severity. They found the findings “reassuring,” but noted that further confirmation from larger studies was needed.

In addition, a second study, published simultaneously by Mark Graham and colleagues of King’s College London in Lancet Public Health failed to find significant differences in reported symptoms or disease duration in patients infected with B.1.1.7. These data were collected from Sept. 28, 2020, to Dec. 20, 2020, from 37,000 users of the COVID Symptom Study app.

Brown fat or brown adipose tissue is a specific type of fat that is activated by cold temperatures. Its primary function is to produce heat to help maintain body temperature, which it does by burning calories. Researchers speculate that this calorie burning might be a source for weight loss. Researchers with the Joslin Diabetes Center discovered a receptor called Trpv1 (temperature-sensitive ion channel transient receptor potential cation subfamily V member 1), which is a protein that senses certain stimuli, including pain and temperature. This suggests that smooth muscle cells express the Trpv1 receptor, making them a likely novel source of brown fat cells. The source of brown fat cells was previously believed to be exclusively associated with cells that express the receptor Pdgfr-alpha (platelet-derived growth factor receptor alpha). But they have found a new source, which again opens up the possibility for new obesity treatments.

Researchers at Ohio State University Wexner Medical Center found that an oral drug, the neurotransmitter/neurohormone dopamine, may prevent a common form of skin cancer caused by damage from ultraviolet-B (UVB) radiation. The drug activates D2 receptors and appears to halt the development and progression of certain UVB-induced precancerous squamous skin cancers. The work has been performed in preclinical animal studies and looks promising. They hope to begin testing the drug for this indication in a Phase I clinical trial in the coming months.

Investigators with The University of Texas MD Anderson Cancer Center demonstrated that an antibody-drug conjugate (ADC) targeting surface protein MT1-MMP can be a new target for osteosarcoma tumor cells. The technology leverages a Bicycle toxin conjugate (BTC). Osteosarcoma is the most common form of bone tumor in adolescents and young adults. An ADC is an antibody targeting a specific cancer protein. The antibody has a molecular linker to a cancer drug, and the antibody allows for a more targeted delivery of the drug. The researchers developed an integrated bioinformatic approach using proteomic and transcriptomic data culled from profiling data of osteosarcoma cell lines, mouse models, hundreds of patient tumor samples and thousands of normal human tissues. They then identified surface proteins highly expressed on osteosarcoma cells but not in normal tissues. In preclinical animal models 50% of the mice tested showed a 100% improved response.

A Better Understanding of How Exercise Benefits Breast Cancer Patients

“The most exciting finding was that exercise training brought into tumors immune cells capable of killing cancer cells known as cytotoxic T lymphocytes (CD8+ cells) and activated them,” said co-corresponding author Dai Fukumura, deputy director of the Edwin L. Steele Laboratories in the Department of Radiation Oncology at MGH.

The benefits of exercising appeared dependent on CD8+ T-cells. They also found evidence that recruitment of CD8+ T-cells to tumors depended on two chemical recruiters (chemokines) called CXCL9 and CXCL11. These chemokines increased in the mice on the exercise program. Also, mice that were genetically engineered to not have the receptor for the chemokines did not recruit CD8+ T-cells and had no anti-tumor benefit.

“Humans whose tumors have higher levels of CD8+ T-cells tend to have a better prognosis, respond better to treatment, and have reduced risk of cancer recurrence compared with patients whose tumors have lower levels of the immune cells, effects that were echoed by a reduced incidence of metastasis, or spread, of the cancer in mice that exercised,” said co-corresponding author Rakesh K. Jain, director of the Steele Labs at MGH and Andrew Werk Cook Professor of Radiation Oncology at Harvard Medical School.

J&J Covid-19 vaccine pause to be reviewed by U.S. panel next week
Scroll to top