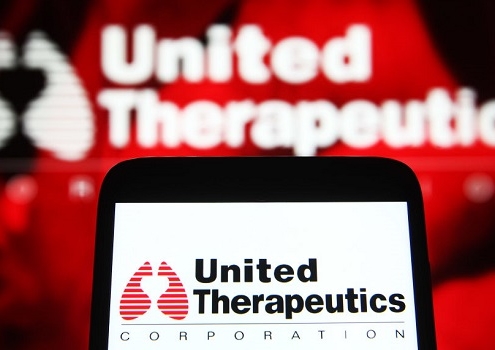 United Therapeutics announced on Tuesday that it received U.S. Food and Drug Administration approval for its therapeutic Tyvaso DPI. 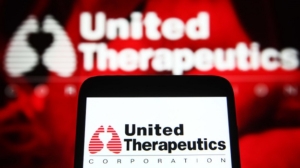 In this photo illustration, United Therapeutics Corporation logo is seen on a smartphone screen. (Photo Illustration by Pavlo Gonchar/SOPA Images/LightRocket via Getty Images)

United determined that inhalation of Tyvaso DPI is one of the easiest ways for patients to administer a prostacyclin or the treatment for PAH. PAH is life-threatening high blood pressure in the lungs’ arteries, which can affect the functionality of both the lungs and heart. Pulmonary hypertension can also result from scarring or fibrosis from ILD, preventing oxygenation and free gas exchange between the pulmonary capillaries and alveolar sacs.

Previously, the FDA had approved United’s Tyvaso as an inhalation solution that patients could take via nebulizer­, a more cumbersome way to deliver inhaled therapies. Tyvaso DPI offers the same efficient therapeutic that can be delivered through a small inhaler that can fit in the palm of a patient’s hand, offering a more convenient and portable solution for patients.

The FDA approval was supported by data collected from the Breeze clinical trial, which followed 51 PAH patients on a stable Tyvaso Inhaled Solution regimen. The patients transitioned to treatment with Tyvaso DPI, which demonstrated safety and tolerance with significant improvements in six-minute walk distance, device preference and satisfaction and patient-reported outcomes.

United Therapeutics is also investigating inhalable Tyvaso in other indications, including idiopathic pulmonary fibrosis (IPF). The Phase III trial saw its first patient dosed in June 2021, with the study continuing over a 52-week period. The FDA granted Orphan Drug Designation for Tyvaso in the treatment of IPF.

Liquidia Technologies was also gunning for the market to introduce a dry powder formula of Treprostinil called LIQ861 to compete with Tyvaso. However, the company was met with roadblocks from the FDA in November 2020 when it received a Complete Response Letter from the regulatory authorities noting a need for additional information and clarification on chemistry, manufacturing and controls data on the drug and device biocompatibility before the application could move forward. The FDA gave LIQ861 tentative approval in November 2021, although full approval cannot be granted until October 27, 2022, when the regulatory stay expires.

MannKind Corporation celebrated United’s win, as its Technosphere inhalation technology was at the center of the development of Tyvaso DPI. The two companies penned a worldwide exclusive licensing and collaboration agreement in September 2018, which utilized Mannkind’s Dreamboat inhalation device, which was approved by the FDA in 2014.

MannKind is known for Afrezza, a rapid-acting inhaled insulin therapeutic. The company is currently investigating the use of the therapeutic in a pediatric population, with the first patient being enrolled in October 2021.

Beyond Afrezza, Mannkind is also working on several other inhalation therapies through collaborations. In January, the company extended its partnership with Thirona Bio to evaluate a potential dry powder inhaled formulation of a drug used to treat fibrotic lung disease. Mannkind also partnered with NRx Pharmaceuticals in August 2021 to develop a dry powder formulation of Zyesami, a drug that is currently in clinical trials for the treatment of critical COVID-19 with respiratory failure. 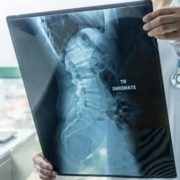 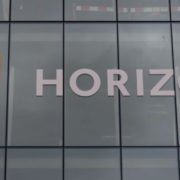