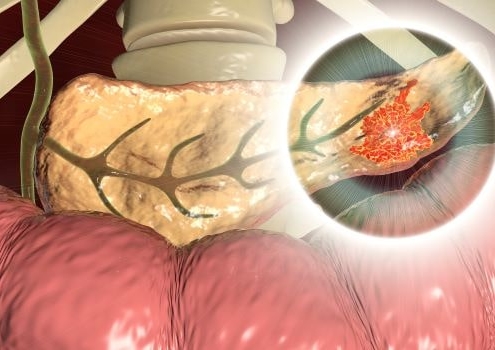 “When you’re looking at science, you don’t ask does molecule x change in disease y. You measure everything and say what is the pattern of changes with this disease.”

That’s a quote from a conversation BioSpace had with Stephen Byers, Ph.D., associate director and professor of oncology at Georgetown Lombardi. Byers and his team recently published a paper in the journal Gastroenterology regarding their findings of a novel target for pancreatic cancer therapy.

Pancreatic cancer is one of the deadliest forms of cancer. The five-year survival rate is a paltry 5-10%. The tumors are basically invisible to the immune system and rarely respond to chemotherapy or immunotherapy.

Byers said this type of cancer is associated with an extreme form of fibrosis. That could have something to do with its failure to respond to therapies. 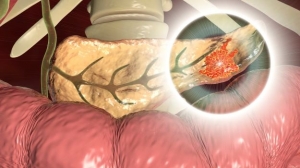 One of the molecules his team has been working with for years is cadherin 11 protein (CDH11). It was well-established that animals without CDH11 are resistant to all fibrotic and inflammatory diseases. They reasoned it’s also involved in the genesis of pancreatic cancer.

The team found that CDH11 creates an environment that is immunosuppressive, keeping the cancer hidden from the immune system. In mouse models, when they took away CDH11 from the fibrotic cells, the tumor would become invisible to the immune system and create a window to apply therapies.

By “knocking out” CDH11 production in mice, they found a reduction in pancreatic tumor growth, increased responsiveness to chemo drug gemcitabine, reversed immunosuppression and a significant increase in survival rate, comparable to 6-10 years in human terms. This is considered an extraordinary find in such a deadly cancer.

Byers’ team created a small molecule drug that appears to be able to penetrate the dense fibrotic material and then inhibit CDH11. The drug has two effects – reducing fibrosis and switching the environment from immunosuppressive to one that is permissive, potentially allowing chemotherapy and immunotherapies to work. While their primary target at the start was for pancreatic cancer treatment, Byers sees no reason why the drug can’t potentially be effective in all fibrotic diseases.

At the beginning of their research paper, the team started out compiling loads of data from multiple angles – RNA sequencing, single cell sequencing, cytokine arrays, phospho-protein arrays and bulk multi-dimensional assays. In the later stages, Byers formed a relationship with Fluidigm, as the company set up their first “center of excellence” using their imaging platform at Georgetown.

Fluidigm manufactures life sciences tools to revolutionize the way biology is researched. First focused on microfluidic devices, the company acquired DVS Sciences in 2014 to expand its offerings to mass cytometry technology as well and has been evolving it ever since.

After using Fluidigm’s Imaging Mass Cytometry (IMC) technology, according to Byer, “what we found is that we really didn’t need to any of the other [tests]. We could have just done Imaging Mass Cytometry. It’s multiplex, which means you can look at multiple markers at the same time. You can measure every gene, whether it goes up or down, in every situation and you get huge amounts of data. You can use it as a discovery to figure out what molecules are important.”

The work that was done in Byers’ lab is proof-of-principle for Fluidigm technology. The company’s IMC replaced the fluorescents other technologies use with metals so that the platform can look at both protein and RNA simultaneously. This gives the ability to examine individual cells in the context of the tumor.

Byers made it clear that while it’s not cheap to use IMC, in the grand scheme of things its more cost effective than doing all the other technologies he had previously done. He said Fluidigm has really put in the work to make their software intuitive and “user friendly.”

“Mass cytometry and single cell sequencing is what we’re going to focus on. All of the other technologies we’ve just sort of put aside,” Byers said.

Byers and co-inventor Sivanesan Dakshanamurthy have launched a startup from their research to develop the small molecule, CDH11 inhibitor the team developed. Dubbed Diviner Therapeutics, the biotech is looking for investors to finance their drug through an IND and into human trials.

Fluidigm is utilizing its suspension-based technology to look into the evolution and changes in the immune system that occur after infection with SARS-CoV-2. The company’s platform plus immune profiling assay is perfect for the extended-range research needed to dig into the long-term effects of the virus on the immune system.