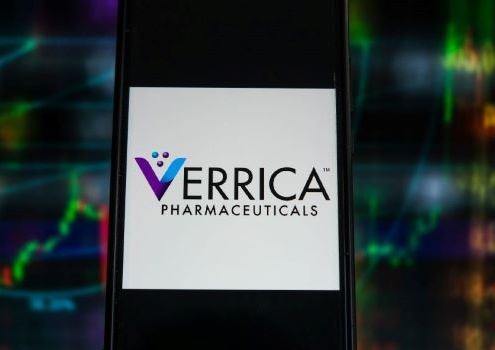 Shares of Verrica Pharmaceuticals have plunged more than 26% after the company received a Complete Response Letter from the U.S. Food and Drug Administration (FDA) for the company’s experimental treatment for molluscum contagiosum (molluscum).

The CRL came after the company disclosed in May that the FDA extended the Prescription Drug User Fee Act (PDUFA) goal date for the NDA by three months to Sept. 23 to allow the regulatory agency additional time to review data submitted by Verrica regarding its human factors study.

In the CRL, the FDA did not identify any deficiencies related to the manufacturing of the asset. There were also no clinical, safety or chemistry, manufacturing or controls concerns identified.

In its announcement this morning, Verrica noted that at no time did the FDA reach out to the company about the agency’s concerns regarding the CMO facility and how it might impact the potential approval of VP-102. The company added that the contract manufacturing organization singled out by the CRL has undertaken corrective measures to address the FDA’s concerns and that it is expecting a “satisfactory resolution” of the identified deficiencies within 30 days.

Over the next month, Verrica will meet with the FDA to ensure a path forward and its own good manufacturing practices, controls and processes continue to pass muster.

Verrica’s lead product candidate, VP-102, is a drug-device combination that contains a formulation of cantharidin that is delivered through a single-use applicator. Through this method, precise dosing of the medication can be administered directly to the skin lesion caused by molescum, a highly contagious viral skin disease caused by a poxvirus. The virus causes lesions on the skin that can be itchy or painful. The lesions are easily transmitted through direct skin-to-skin contact. Without treatment, the lesions can remain on the body for an average of 13 months. Molluscum typically impacts children. 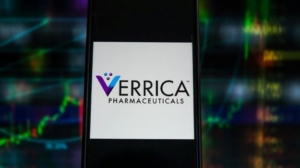 “We remain confident that we have a path forward for VP-102 as a potential treatment option for molluscum, a highly contagious viral skin disease affecting approximately six million people in the United States – primarily children, for which there are currently no FDA-approved treatments,” Ted White, Verrica’s president and chief executive officer said in a statement.

In addition to molluscum contagiosum, Pennsylvania-based Verrica is assessing VP-102 as a potential treatment for common warts and genital warts. Both of those studies are in Phase II.