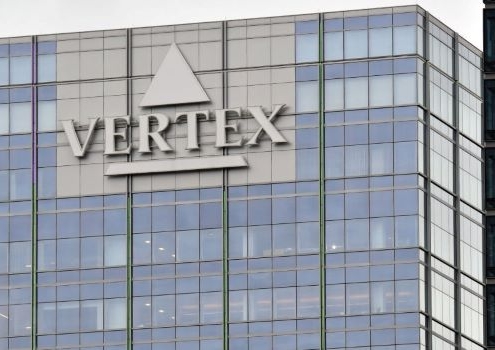 Vertex Pharmaceuticals has expanded its collaborative partnership with CRISPR Therapeutics to develop and commercialize a possible cure for sickle cell disease (SCD) and transfusion-dependent beta-thalassemia (TDT). The focus is on the development of CTX001, an autologous, ex vivo CRISPR-CAS9 gene-edited therapy.

Under the terms of the expanded deal, Vertex will be responsible for 60% of the costs of developing, manufacturing and commercializing CTX001 with support from CRISPR Therapeutics, and will receive 60% of profits from global sales. This is a 10% increase over the previous agreement. CRISPR will handle the remaining 40% and receive 40% of profits. Vertex is paying CRISPR $900 million up front with another $200 million possible after the first regulatory approval for the therapy.

“Working with Vertex, we have made tremendous progress with CTX001, the first CRISPR-Cas9-based therapy to demonstrate proof of concept in the clinic and together we have broken new ground in the treatment of genetic diseases,” said Samarth Kulkarni, chief executive officer of CRISPR Therapeutics. “We have now dosed more than 30 patients with CTX001, with longest follow-up beyond two years, and we are on track to complete enrollment in both clinical trials this year.”

Kulkarni went on to say that with the results and momentum, “we are adopting a new operating model to enable a globally coordinated launch of CTX001, leveraging Vertex’s best-in-class global capabilities and leadership in development, manufacturing, and commercialization to enable this medicine to reach all patients that can benefit from it as quickly as possible. We remain deeply committed to the Sickle Cell and Thalassemia patient communities and look forward to continued success in our partnership with Vertex.” 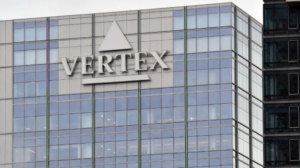 Based on the CTX001’s data generated so far, it has received Regenerative Medicine Advanced Therapy (RMAT), Fast Track, Orphan Drug, and Rare Pediatric Diseases designations from the U.S. Food and Drug Administration (FDA) for both TDT and SCD. It has also received Orphan Drug Designation for both indications from the European Commission, and Priority Medicines (PRIME) designation from the European Medicines Agency (EMA) for SCD.

In December 2020, the two companies announced new data on a total of 10 patients receiving CTX001, and it demonstrated a consistent and sustained response. All seven patients with TDT, including three with either a severe or bo/bo genotype, were free of transfusions at their last follow-up and all three patients with SCD were free of vaso-occlusive crises (VOCs) from CTX001 infusion through their last follow-up.

With this therapy, patients’ hematopoietic stem and progenitor cells are collected from peripheral blood. They are then edited using CRISPR-Cas9 gene editing. The edited cells are CTX001, and are infused back into the patient as part of a stem cell transplant. The editing is designed to produce high levels of fetal hemoglobin (HbF) in red blood cells. HbF is a type of oxygen-carrying hemoglobin naturally present at birth, but then switches to an adult form of hemoglobin. The increased levels of HbF by CTX001 can decrease the need for blood transfusions for patients with TDT and decrease the painful and debilitating sickle crises that patients with SCD experience.

Two months later, their primary competitor in this space, bluebird bio, suspended its Phase I/II and Phase III trials of LentiGlobin gene therapy for SCD after Suspected Unexpected Serious Adverse Reactions (SUSARs). This came after a patient from Cohort A of the Phase I/II study was diagnosed with acute myelogenous leukemia (AML), who had received the therapy five years earlier. Also, a patient from Cohort C of the same study was diagnosed with myelodysplastic syndrome (MDS).

On March 10, the company indicated its investigations found that the side effects were unlikely to be linked to their gene therapy. As of April 20, the program was still on clinical hold in the U.S.

So Vertex and CRISPR found themselves in a position of not only having what appeared to be a very effective therapy, but a good shot at being the first approved cure for sickle cell disease.

Vertex and CRISPR are on schedule to fully enroll both trials for beta thalassemia and sickle cell disease later this year and if the data continues to be positive, should be able to file with regulators in 18 to 24 months.

Jeffrey Leiden, executive chairman of Vertex, stated, “Cell and genetic therapies are key to our strategy of developing transformative therapies for serious diseases, and this agreement is an important next step in cementing our leadership in these modalities as we bring forward our broad gene and cell-based therapeutics portfolio. As we take the lead on CTX001, we want to acknowledge the foundational contributions by the team at CRISPR Therapeutics. Our increased investment in our partnership with CRISPR is based on the compelling clinical profile of CTX001, which shows its potential to be a durable cure for patients with SCD and TDT, and the rapid progress that we and our partners at CRISPR have made toward registration and commercialization.”