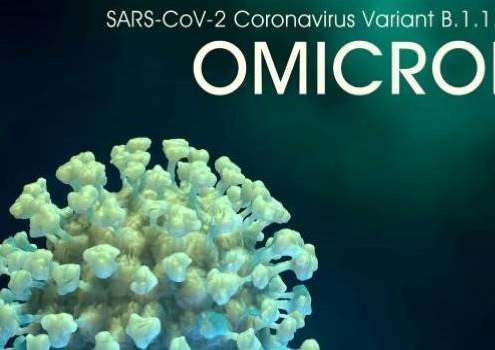 Welcome to the New Reality of Omicron

Over Thanksgiving weekend, America – and the world – learned a new word: Omicron. It is the 15th letter of the Greek alphabet and has a numerical value of 70. In the current context, however, where Greek numbers identify variants of the SARS-CoV-2 virus, omicron has a value of 30 – 30 gene mutations in its spike protein.

This is double the number of mutations in the currently dominant Delta variant and has scientists and global health leaders concerned enough that the U.S., Canada and U.K. quickly acted to ban travel from eight southern African countries. Those coming from South Africa, Botswana, Zimbabwe, Namibia, Lesotho, Eswatini, Mozambique and Malawi – including most U.S. citizens who have set foot in them within the past 14 days– will not be allowed entry into the United States.

The World Health Organization officially declared Omicron – aka. B.1.1.529 – a variant of concern (VOC) on Friday – a more serious label than is given to variants of interest (VOI). By Saturday, cases had been confirmed in Asia and Europe, with at least two in Britain and two in Germany. On Sunday, Dutch health authorities announced that 13 cases had been discovered arriving in Amsterdam in the bodies of 13 passengers on a flight from South Africa. Australia and Canada also reported their first cases on Sunday. The province of Ontario announced that two people from Ottawa who had recently traveled to Nigeria tested positive for the new variant.

The new variant that emerged in the developing world, which has some of the lowest vaccination rates, is perhaps a consequence of vaccine inequity, say some global health leaders.

“Despite the repeated warnings of health leaders, our failure to put vaccines into the arms of people in the developing world is now coming back to haunt us,” former British prime minister and current WHO ambassador Gordon Brown wrote in an opinion piece to The Guardian. South Africa has fully vaccinated 24% of its population, while Namibia and Mozambique sit at just 12% and at 11% respectively. In an interconnected world where just over half of the global population has received a first shot, the coronavirus has ample opportunity to spread and mutate. 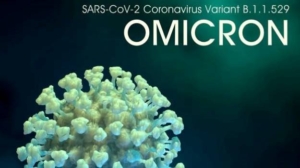 As Omicron was only discovered last week by scientists attempting to make sense of a drastic spike in cases in South Africa’s Gauteng province, there is still much to learn about the new variant. But after assessing the data, the WHO said that “preliminary evidence suggests an increased risk of reinfection with this variant,” as compared to other variants, and it is believed to be the driving reason behind South Africa’s cases rocketing from 200 per day in recent weeks to 2,465 on Thursday.

Lawrence Young, a virologist at the University of Warwick, said omicron is “the most heavily mutated version of the virus we have seen,” adding that some of the changes have never been seen before all in the same virus.

While scientists know Omicron is genetically unique from any already identified variant, it is not yet known if the mutations make it any more transmissible. It has not shown any indication of causing more severe disease.

As of Friday, the Centers for Disease Control and Prevention said: “no cases of the variant have been identified in the U.S. to date.” However, on Saturday, Dr. Anthony Fauci told NBC’s Weekend TODAY show, “… when you have a virus that is showing this degree of transmissibility and you’re already having travel-related cases that they’ve noted in Israel and Belgium and other places…it almost invariably is ultimately going to go essentially all over.”

Even if Omicron has already made it to the U.S., William Hanage, an epidemiologist at the Harvard T.H. Chan School of Public Health, said that vaccines would most likely protect against Omicron, but further studies are needed to determine how much of the shots’ effectiveness may be reduced.

BioNTech stated Friday that it expects more data within two weeks to help determine whether its vaccine produced with Pfizer would need adjusting. If necessary, the companies said they expect to be able to ship a vaccine tailored to omicron in approximately 100 days.

For its part, Moderna Chief Medical Officer Dr. Paul Burton told the BBC on Sunday that providing a new vaccine is required, “I think that’s going to be early 2022 before that’s really going to be available in large quantities.”

“The remarkable thing about the mRNA vaccines, Moderna platform is we can move very fast,” Burton said, adding that he suspected Omicron may escape the protection of current vaccines as 9 of its 30 mutations are known to be “associated with immune escape.”

If this is indeed the case, Moderna is already assessing two multi-valent booster candidates that were designed to anticipate mutations such as these.