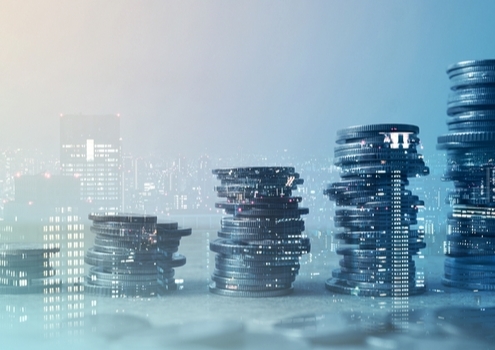 London, UK-based Wellcome Trust, a research-charity, is working to raise $8 billion to battle COVID-19. The initiative is called the COVID-Zero, and the goal is to raise the funds by the end of April. It would be used to fill in the gaps seen in funding for vaccines, treatments and diagnostic testing.

The amount of the gap was identified by the Global Preparedness Monitoring Board, an independent group formed by the World Health Organization and the World Bank. Wellcome says that raising the money now was “the world’s best exit strategy” for fighting COVID-19 and would save lives, protect jobs, and help stimulate the global economy.

“The only exit strategy for this that I see is the development of diagnostics, therapies and vaccines,” said Jeremy Farrar, director of the trust. “That’s the only way we can return to normal.”

Although it appears that some countries have peaked—Italy, Spain and the UK, for example, showed dropping daily death rates over the last weekend—it’s well-recognized by experts that if countries drop restrictions too early the disease may come roaring back. And in many countries, such as the U.S., it’s early in the pandemic, with certain states, such as New York, Michigan and Ohio, expected to peak in the next two weeks.

Farrar noted that the 2003 outbreak of severe acute respiratory syndrome (SARS) dwindled after eight months, largely because people with the disease were identified and quarantined. With COVID-19, that’s been more difficult, partially because it apparently can be spread by people with no symptoms.

The world “cannot assume that the pandemic will occur in one dreadful three months,” Farrar said. “Because of the nature of this virus, it’s inevitable that you’ll see subsequent waves.”

Richard Hatchett, chief executive officer of Coalition for Epidemic Preparedness Innovations (CEPI), said, “The spread of COVID-19 is a global humanitarian and economic crisis. While a range of social distancing measures have been implemented in countries and regions across the world, the development of vaccines, treatments and diagnostics is the most effective way to permanently halt the global spread of the disease.”

He added, “We are all in this together—all of us facing this same threat—and it’s down to all of us to influence what happens next. At this pivotal moment we urge the business sector to join governments and philanthropies in offering vital financial support to science, which is the only way to bring this pandemic to an end.”

Farrar is urging business leaders to donate a small portion of the money they are dedicating to the crisis. “We hope governments will follow their example. Otherwise, this is a global issue that will continue to plague the world—and businesses—for months, if not years, to come.”