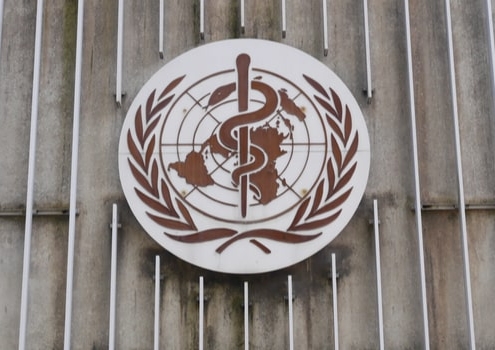 As the United States has begun to formally withdraw from the World Health Organization (WHO), opponents of the plan are urging Congress to block the move, citing concerns that the move will weaken global health security.

On Tuesday, the White House notified Congress and the United Nations of the decision. However, the withdrawal will not be immediate. It will become effective July 6, 2021, and could be reversed if Donald Trump loses his re-election bid in November, or shifts his position. The move has received bipartisan opposition from lawmakers, as well as medical and advocacy organizations. Foreign leaders have also criticized the president’s plan as the COVID-19 pandemic continues to rage.

Former Vice President Joe Biden and the presumptive Democratic nominee for president said if elected in November, he would reverse this decision.

“Americans are safer when America is engaged in strengthening global health. On my first day as President, I will rejoin the @WHO and restore our leadership on the world stage,” Biden tweeted following the Trump announcement.

A letter signed by more than 750 public health leaders across the United States, including former heads of the Centers for Disease Control and Prevention and the U.S. Food and Drug Administration, petitioned Congress to block the withdrawal. The letter, which was first reported by STAT, states that the president lacks the legal authority to withdraw without congressional participation and approval due to the legislature’s approval of funding.

“It is not overstatement (sic) to say that withdrawal will likely cost lives, American and foreign. Once outside the WHO, the U.S. would lose access to the WHO’s global system for sharing critical outbreak data and vaccines, slowing U.S. ability to return to normalcy from COVID-19, and to prepare and react to future pandemics. The rest of the world would be at heightened risk, too. The U.S. funds the largest portion of the WHO’s Health Emergencies Program, meaning that funding for testing and contact tracing, building health workforces, and vaccine development would be lost,” the letter writers said. “Second or third waves of COVID-19 cases could repeatedly overwhelm health care systems and result in far more lives lost. When international travel resumes, many of these cases would find their way to the U.S., threatening Americans. Beyond COVID-19, the WHO will have less capacity to detect and control future outbreaks without U.S. support, marking a new era of pandemic risk. As COVID-19 has so vividly shown us, an uncoordinated response to health dangers beyond our borders will gravely affect the lives of those living in the U.S.”

Trump said the World Health Organization is under the control of the Chinese government, despite the fact that the United States makes larger financial contributions to the agency. In his announcement from the White House on Tuesday, Trump said his administration has petitioned the WHO to make “necessary reforms,” but has not done so. The funds the U.S. sends to the World Health Organization will be redirected to other global health organizations, the president said. However, he did not disclose which agencies could be up for a portion of the approximately $450 million the U.S. provided the WHO annually.

It is unknown how the withdrawal will impact ongoing clinical programs aimed at COVID-19. It also raises questions about the global health organization’s abilities to track infectious disease outbreaks such as the novel coronavirus that swept across the globe this year, or other concerning situations such as an Ebola outbreak. Loyce Pace, president and executive director of Global Health Council, told CNN that the world needs the World Health Organization.

“This move signals a dangerous gamble in the midst of a pandemic we have yet to conquer, and without a viable alternative to WHO,” Pace said.

The American College of Emergency Physicians also condemned the decision. 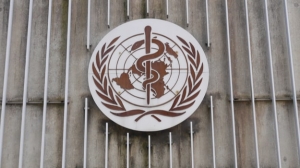 “The WHO plays an essential role in monitoring global health threats and communicating and coordinating with international leaders on the best response. We need to utilize all of our resources including the WHO, during COVID-19 and future pandemics. Shutting the door to our allies during this precarious time could interfere with the development of a vaccine, hamper efforts to prevent the spread of the virus, and result in significant adverse public health effects on U.S. citizens and globally,” the organization said ahead of the president’s announcement.