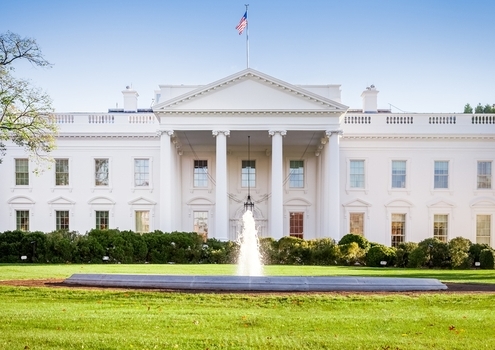 While fears of a potential coronavirus or flu pandemic continue to grow across the globe, the White House is calling for a 16% cut to the budget of the U.S. Centers for Disease Control (CDC), as well as a 10% cut to the Department of Health and Human Services.

The cuts are part of the president’s $4.8 trillion budget proposal for 2021. The CDC’s proposed budget is $5.56 billion, down about $1.27 billion from the current budget. The reduction in funding is aimed at “re-focusing” the agency’s core mission of “preventing and controlling infectious diseases and other emerging public health issues, such as opioids,” the White House said in its proposal. According to an analysis by ARS Technica, the budget proposal reduces the CDC’s funding for programs under the category of “chronic disease prevention and health promotion.” This category includes programs aimed at heart disease, cancer, diabetes, tobacco use, stroke, nutrition and arthritis, the report shows. And, as the report points out, heart disease, cancer and diabetes are the leading cause of death in the United States.

Under the proposal released by President Donald Trump this week, the CDC would see a $427 million drop in funding for the chronic disease category. That’s a 34.5% drop from the 2020 spending plan. The plan also cuts the CDC’s infectious disease response budget by 13%. This would limit the agency’s ability to address antibiotic-resistant infections, which are on the rise, as well as food safety and healthcare-associated infections, such as those developed during hospital stays, ARS Technica reported.

Some programs of the CDC would see a boost in financial support under the proposal, including areas focused on the response to influenza, HIV and tick-borne disease. Additional funds are also available for continuing to combat the opioid epidemic.

The proposed reductions are made at a time when the coronavirus has claimed the lives of more than 1,100 people across the world and infected more than 45,000 people, including 12 in the United States. And, while the coronavirus has dominated the headlines over recent weeks, influenza remains a far more serious threat here in the U.S. According to a Jan. 31 report from the CDC, more than 10,000 people have died from the flu this season with about 180,000 diagnosed with the seasonal illness.

The CDC isn’t the only health agency that the president’s proposed budget has taken aim at. The WHO would see a reduction in annual contributions from the U.S. As Forbes notes, the United States contributes about 2.5% of the WHO budget, which is about $4.8 billion. The proposal would reduce U.S. donations by $65 million.

The U.S. Food and Drug Administration would see a modest boost in funding under the proposed budget while losing its oversight abilities of tobacco products, which would be shifted to a new agency.

The budget proposal from the White House is not likely to gain any traction in the Democrat-controlled House of Representatives. Both chambers of Congress will put their own stamp on a final budget before one is passed. And in this hyper-partisan environment ahead of a contentious 2020 election, it’s unlikely a budget will be passed before the Oct. 1 fiscal deadline.