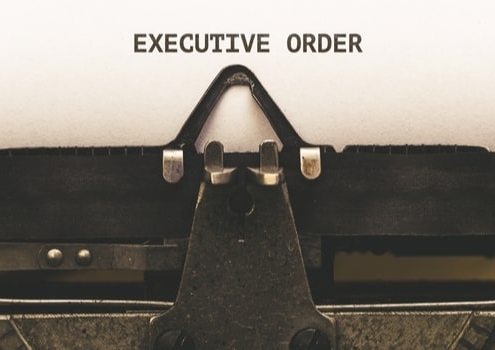 In an aim to create a strong domestic supply chain, President Donald Trump signed an Executive Order on Thursday that calls for federal agencies to purchase “essential drugs” and medical supplies that are produced in the United States, rather than from abroad as is the current practice.

“It is critical that we reduce our dependence on foreign manufacturers for Essential Medicines, Medical Countermeasures, and Critical Inputs to ensure sufficient and reliable long-term domestic production of these products, to minimize potential shortages, and to mobilize our Nation’s Public Health Industrial Base to respond to these threats,” the White House Executive Order said.

Peter Navarro, the White House trade advisor, told reporters that the country is “dangerously over-dependent on foreign nations” for many of its necessary medical supplies, Politico reported.

The Executive Order calls for federal agencies to prioritize the purchase of medicines and other medical necessities from domestic sources.

Janet Woodcock, director of the Center for Drug Evaluation and Research at the FDA, testified to Congress last year that only 28% of manufacturing facilities making drug ingredients for the U.S. are domestically produced, Politicoreported. Countries like China, India and Ireland are home to a significant amount of products secured by the United States.

“Increasing U.S. manufacturing of medicines is a laudable goal, but it cannot happen overnight and should not come at the expense of medical innovation or Americans’ access to the medicines they need,” Ubl said in a statement. “The ‘Buy American’ executive order could disrupt the global pharmaceutical supply chain, jeopardizing our ability to respond to the current crisis and potentially leading to major long-term supply chain disruptions, including shortages”

The Executive Order comes on the heels of another order issued last month that aims to lower prescription drug prices in the United States that include provisions to allow for the importation of less-expensive drugs from overseas and also allow low-income patients to purchase life-saving medications such as insulin and epinephrine from the federal government at cost. The executive order mirrors the “favored nations clause” the president floated two years ago

That EO was also panned by the industry.

“With today’s ‘Buy American’ executive order, the administration effectively is taking the unprecedented step of mandating manufacturing of medicines in the United States. Yet at the same time, through the ‘most favored nation’ executive order, the administration is creating a huge disincentive to invest in U.S. biopharmaceutical research and manufacturing. Together, the result is less investment in U.S. innovation and the potential for major long-term supply chain disruptions – the opposite of what America needs right now. None of these executive orders will help patients access or afford their medicines,” Ubl said.