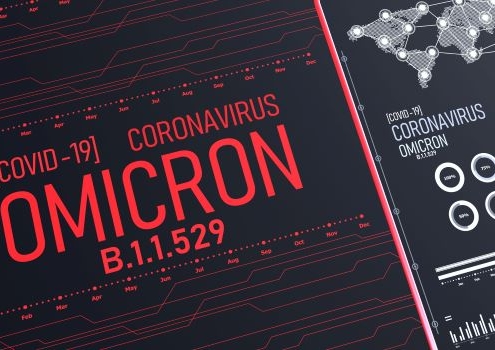 Although the Omicron surge appears to be waning in the U.S., the World Health Organization keeps an eye on four Omicron subvariants, with BA.2 being of particular concern, because it seems to be more transmissible than even the first variant. Read on for more news.

WHO is Tracking 4 Omicron Subvariants

The WHO indicated it is tracking four Omicron subvariants: BA.1, BA.1.1, BA.2 and BA.3. BA.2 has a growth advantage over BA.1, the variant responsible for the recent Omicron surge.

“For everybody [who is] out there watching this, what is important for you to know is that this virus continued to be dangerous,” said Dr. Maria Van Kerkhove, the COVID-19 technical lead of the WHO. “This virus transmits very efficiently between people, but there’s a lot that you can do.”

She emphasizes that the goal is not to prevent all transmissions, which is almost impossible. Van Kerkhove said, “But, we need to drive transmission down. Because, if we don’t, we will not only see more cases, more hospitalizations, more deaths, we will see more people suffering from post-COVID condition—Long COVID—and we will see more opportunities for variants to emerge.”

The U.S. Food and Drug Administration granted Eli Lilly’s bebtelovimab antibody therapy an Emergency Use Authorization against the Omicron variant. It is authorized for treatment of mild-to-moderate COVID-19 in adults and children 12 years and older who have had positive results of direct SARS-CoV-2 testing and who are at high risk for severe COVID-19,  including hospitalization or death, or for people where alternative treatments aren’t approved or authorized or not accessible or clinically appropriate. 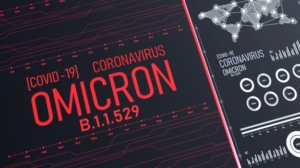 “Early in 2021, prior to the identification of the Omicron variant, Lilly scientists were already working to develop bebtelovimab as a broadly neutralizing antibody that could be used to fight a highly mutated variant, should one emerge,” stated Daniel Skovronsky, Ph.D., Lilly’s chief scientific and medical officer, and president of Lilly Research Laboratories. “With the emergence of variants such as Omicron, treatment options remain limited. Lilly is pleased to provide another treatment option to help address the ongoing needs of patients and healthcare providers who continue to battle this pandemic.”

The U.S. Centers for Disease Control and Prevention reported that immunocompromised people who received the Johnson & Johnson COVID-19 vaccine, then a second shot, are eligible for a third two months later. The CDC also shifted its guidance on the fourth dose for the immunocompromised for the Moderna and Pfizer–BioNTech vaccines, saying they can get a fourth shot only three months after their initial vaccinations instead of five months later.

A new CDC report found that although antibody levels waned within a few months after receiving booster shots of COVID-19 vaccines, they continued to offer strong protection against severe disease. When the Omicron variant was predominant, they found vaccine effectiveness against outpatient visits was 87% in people who had received a booster two months before, but 66% at four months after. The efficacy of the vaccines against hospitalization dropped from 91% at two months to 78% by month four. However, the study was based on fewer than 200 patients and the data doesn’t indicate whether the people had received boosters for medical reasons that might make them more susceptible to severe disease.

“I’m a little surprised, according to the data, that it’s starting to wane already,” said Dr. William Schaffner, a vaccines expert at Vanderbilt University. But he also said he would like to see more research, saying, “Let’s take this with a grain of salt.”

As many states begin rescinding mask mandates, U.S. Surgeon General Vivek Murthy warns that giving up on masking too soon risks avoidable suffering, especially for the immunocompromised. He said, “I can imagine that future. I can’t tell you if it’s coming in a couple of months or in six months or in 12 months. What I can tell you is that to live that future, we are going to need the tools that we’ve been building over the last year. We’re going to need readily available vaccines and therapeutics … We’re going to need those freely available high-quality masks and tests, and we’re going to also need the right mindset recognizing that COVID is not going to disappear overnight.”

Congressional Republicans have called for President Biden to end the Public Health Emergency (PHE) designation for COVID-19. They claim because vaccines are accessible and other treatments are effective, the risk of long-term isolation is more of a problem than the disease. Although the Omicron surge is falling, the seven-day average of deaths per day from COVID-19 is still 2,300, as of February 10. The PHE designation was renewed a month ago and expire on April 15.

Merck and Ridgeback’s molnupiravir and Pfizer’s Paxlovid, both tablet antivirals against COVID-19, are finally making their way into pharmacies. However, data suggest that patients either don’t know about them or are hesitant to take them.

“High-risk patients in the first few days after diagnosis don’t realize how much sicker they’re going to get, so they miss the opportunity to get better faster—and by the time they actually do, it’s too late,” said Dr. Bryan Jarabek, chief medical informatics officer and hospitalist at M Health Fairview in Minneapolis.