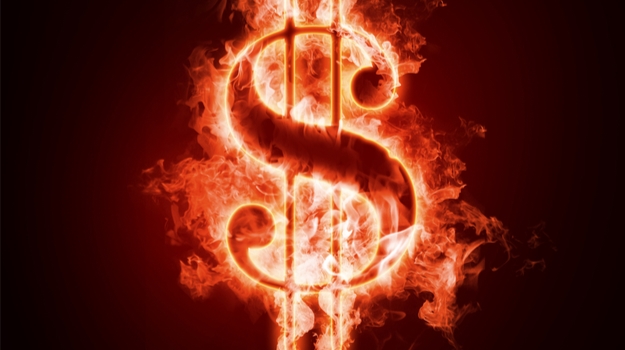 Some analysts are checking their crystal balls to get an idea if 2020 will be a busy year for investors. The early thinking on biotech is yes. The Boston Globe notes that since summer, there have been more than $7 billion in deals for biotech and technology.

The biggest deal in the industry this year, of course, was Bristol-Myers Squibb’s acquisition of Celgene for $74 billion. Another big deal was just announced this week, Novartis’ acquisition of The Medicines Company for $9.7 billion.

Other deals in the biopharma, medical device and diagnostic space include Eli Lilly’s takeover of Loxo Oncology for $8 billion, Johnson & Johnson’s (Ethicon) buyout of Auris Health for $5.8 billion, and Roche’s merger with Spark Therapeutics for $4.3 billion.

Most of these deals were in oncology, the top therapeutic area for partnerships—in that period there were three times as many oncology deals than the second-place spot, neurology. Of the top 10 deals, seven were in oncology, including a $1.3 billion upfront with $5.5 billion potential deal between AstraZeneca and Daiichi Sankyo in March 2019.

The Boston Globe also notes that some of these partnership deals are relatively small when it comes to upfront payments, but very high in potential milestone payments. For example, Daré Bioscience acquired Microchips Biotech recently for $2.3 million in stock upfront. However, the deal could hit $101 million in milestone payments.

But what about 2020? Ben Howe, chief executive officer of the Boston investment bank AGC Partners, told The Boston Globe, that with current unemployment low and stock market indices high, “it feels like it is a safe environment” for sellers to get a fair market value for their companies, “for a couple quarters, if not years.” But he added that there is an undercurrent of fear, that “an eventual downturn or the elections next year will cause a negative business climate, and when you talk to people, they say they want to get ahead of that.”

One biopharma company that is the center of acquisition speculation is Amarin. The company, which markets a fish-oil derivative, Vascepa, to lower triglycerides and lipids, has been rumored to be a hot target for a while, but the Novartis acquisition of The Medicines Company has reignited the rumors. Some analysts think an Amarin deal could go higher than $20 billion. Companies that would be potential buyers include Pfizer and Amgen, who have a vested interest in the cardiovascular disease space, although everyone always brings up Gilead Sciences as a potential buyer—for almost anything.

Sanofi and Regeneron, who have been battling Amgen in the PCSK9 cholesterol-lowering space for about five years with Amgen’s Repatha and Sanofi/Regeneron’s Praluent, could potentially be interested in Amarin as well. Particularly with the likelihood of Novartis and The Medicines Company getting approval for their own PCSK9 inhibitor that would only be dosed twice a year.

Amarin has an FDA target action date of December 28 for a label expansion for Vascepa.

Big companies expected to lean on big deals include Biogen, although much of that will likely depend on the FDA decision over its Alzheimer’s drug aducanumab, Eli Lilly, Pfizer, Amgen, Merck & Co., and Gilead Sciences. Gilead, as of June 30, has $11.24 billion in cash and cash equivalents to play with. All are facing patent cliffs on some of their biggest drugs and may want to acquire companies and/or assets to bolster their pipelines and fend off generic and biosimilar competition.