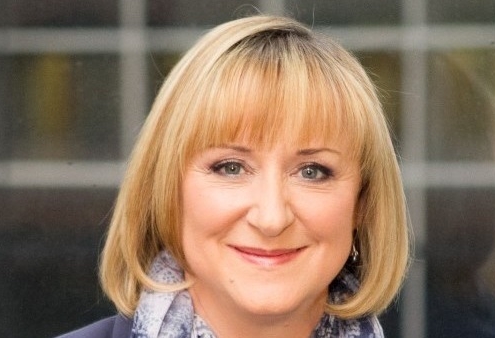 LIVINGSTON, N.J., April 23, 2021 – Med Ad News – the leading pharmaceutical business and marketing publication – reveals the winners of the 2021 Manny Awards, celebrating the best in the healthcare communications industry. The 32nd anniversary of the black-tie gala event was held virtually last night with more than 1,000 viewers. Manny Award were presented throughout the evening to healthcare agencies and networks achieving excellence across 29 categories. View the 2021 Virtual Manny Awards On Demand

A highly regarded thought leader and proactive problem solver, Grant has been instrumental in building Klick’s thriving client roster, client services teams, and in the company’s overall growth and success.

Dedicated to healthcare marketing, Grant has more than 30 years of strategic leadership and expertise on both the client and agency side. Grant was named CEO at Klick’s internal Town Hall in December 2019 after serving as President for six years. Before her position as President, she spent seven years as Senior Vice President of Brand Development and Digital Strategy at Klick. 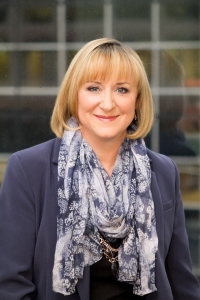 Grant has been recognized as one of the WXN Top 100 Most Powerful Women in Canada, PharmaVOICE 100 Most Inspiring People in Health, and in MM&M magazine’s “Hall of Femme.” She has also been named a PM360 ELITE Mentor.

“She has steered our valiant ship through what has been the most turbulent storm in our lifetimes, all the while leading our business through ongoing significant growth, demonstrating what a people-first culture is really all about, and further illustrating just how different Klick is,” says Rich Levy, CCO, Klick Health. “I don’t know another CEO who single-handedly writes and sends personalized congratulatory notes to every single one of her 1,300+ employees on their hiring anniversary – even in the best of times when the world is normal and we’re not fighting a deadly virus. But that’s Lori. And just one of the many reasons she should be recognized as Med Ad News’ Industry Person of the Year.”

Fingerpaint is the 2021 recipient for Agency of the Year Category I, for agencies that generate annual revenue exceeding $50 million. The agency achieved 2020 revenue of more than $85 million – up from $51.4 million in 2019. Fingerpaint expanded its client footprint successfully with a combination of unprecedented organic growth and the addition of several new partners. The agency prioritizes recruiting and retaining top industry talent, with 150 Fingerpainters hired during 2020. Fingerpaint has doubled down on the expansion of its service offerings while deeply investing in digital capabilities, further fueling the agency’s blend of creativity and machine learning to create truly successful campaigns now and in the future, according to management. Fingerpaint launched its Actionable Intelligence Engine™ as part of the newly created Shift Performance™ Center of Excellence, in addition to the launch of Photo 51, a consultancy focused on gene and cell therapies. Fingerpaint acquired 1798 Consultants, a major player in the market access and commercialization space, opening up an entire new section of business the agency can now offer to clients.

Calcium is the winner of Agency of the Year Category II, for healthcare communications agencies that produce yearly revenue between $25 million and $50 million. According to the agency’s executive management team, the year 2020 was worth mooing about, with 65 percent growth in revenue and the addition of 66 new employees – more than 50 of them onboarded virtually during the COVID-19 pandemic. “Under the leadership of Managing Partner & President Greg Lewis and his team, we are tracking toward the same type of growth for 2021,” says Calcium Founder & CEO Steven Michaelson. “We won a global product launch in the first four weeks of 2021, and we are up 50 percent over 2020 in committed revenue for this year.” In April 2021, Calcium announced the opening of a new office in Miami.

Brick City Greenhouse is the 2021 Agency of the Year winner for Category III, representing healthcare communications agencies that generate under $25 million in annual revenue. Despite the challenges of the COVID-10 pandemic, 2020 was a banner year for Brick City Greenhouse with nearly 100 percent revenue growth, according to the agency’s management. Brick City Greenhouse’s client roster during 2020 increased by four new clients and 14 new brand assignments. This growth included two concurrent subpart E/H oncology launches, relaunching three completely redesigned corporate websites, and broadening the client portfolio in the areas of women’s health, immunology, oncology, gastroenterology, and rheumatology, for both HCP and DTP. In addition to strong revenue growth, the agency substantially increased its headcount during 2020. “And this trend is forecasted to continue through 2021 with a projected headcount of nearly 50 staff members and a 40 percent increase in revenue year-over-year by the close of 2021,” Brick City Greenhouse leadership says.

Brick City Greenhouse also captured the Manny Award for Best Launch Campaign for Trodelvy for client Immunomedics (now Gilead Sciences). Trodelvy was granted FDA accelerated approval in April 2020 for the treatment of adult patients with triple-negative breast cancer that has spread to other parts of the body. Within 2 days of receiving FDA approval, the Brick City Greenhouse launch team cranked out more than 50 HCP and consumer materials into market. The agency’s executives says just nine months into launch, the aided awareness level of Trodelvy was 100 percent among academic oncology centers.

The Network of the Year Manny Award was presented to FCB Health Network. “In an unbelievable year, our success was beyond astonishing, with revenue growing by the size of two large agencies,” FCB Health Network executives say. “Our network won an unprecedented 100-plus new business pitches, with 25-plus major new brand assignments alone. We extended client engagement with global biopharma giants including Novartis, Merck, Pfizer, Lilly, Genentech and Sanofi, and added new clients to an already extensive roster. With the addition of Bristol Myers Squibb, FCB Health Network works with 19 of the world’s top 20 pharmaceutical companies.” According to President and CEO Dana Maiman, “Every single one of our operating units grew this year, most at levels beyond anything achieved before,” Maiman says.

Klick Health captured the Vision Award based on Klick Ventures, the agency’s health innovation-focused venture group, which builds on more than two decades of partnering with life science companies to commercialize their businesses successfully. With a unique approach backed by proven playbooks and a highly experienced integrated team led by Leslie Jamison, Klick Ventures partners with investors to get ideas investment-ready and create commercial upside. The agency also was a finalist for Most Admired Agency, DE&I Champion, Best Interactive Patient Campaign, and Best Self-Promotional Campaign.

The recipient of the 2021 Agency on the Rise Manny Award is Create NYC. Led by an all-female, six-person tenured group of mothers, Create NYC increasing its revenue from $17.8 million in 2019 to $24.1 million for 2020. Management attributes this 36 percent growth to executing advertising for more than 100 brands, including blockbusters such as Xeljanz and Opdivo. In 2020 alone, the agency executed more than 2,000 tactics, including 170 websites, 600-plus emails, and 170-plus social pages and posts. Create NYC also reinvigorated its 10-year commitment to DEI, particularly with the agency’s own working mothers who account for nearly 50 percent of all staff.

The 2021 Diversity & Inclusion Champion as recognized by Med Ad News is TBWA\WorldHealth. In 2018, two employees, Karina Salinas and Olivia Nguyen, approached the TBWA\WorldHealth leadership team with a vision and, with unanimous support, they founded DIVERS\TEAM – an initiative dedicated to building an agency that is authentically diverse, strategically equitable, and intentionally inclusive of all voices. DIVERS\TEAM has grown into an agency-wide offering with more than 100 core members. DIVERS\TEAM has rolled out a highly successful pilot for the Lifted Learnership Program – a community of continuous learning and mentorship that many members claimed was one of the highlights of their year (the program will be offered on a larger scale in 2021). They also partnered with Omnicom Health Group to host Brave Spaces, an ongoing series of important discussions, including, but not limited to, racial and social justice topics. As part of a far-reaching five-year DE&I strategic plan for the agency, they rolled out the Change Ambassadors group, in which leaders within the agency were tapped to be accountable for stated DE&I goals.

TBWA\WorldHealth also won the Best Consumer Print Campaign category and was a finalist for Agency of the Year Category I, the Vision Award, and Best Social Media Campaign. 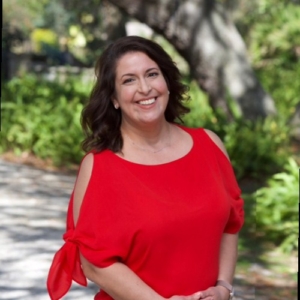 The Med Ad News 2021 Marketer on the Rise is Maria Sanchez, Associate Director, Consumer Marketing, Novartis. “Maria Sanchez puts her whole heart into everything she does. So, it’s no surprise her heart failure brand, Entresto, is continuing to have high record growth, even in year 6 of its life cycle,” according to McCann Health New York, which nominated Sanchez for the award. Under the leadership of Sanchez, Entresto was named one of the top five most visible advertisers on Facebook. In 2020, Sanchez launched the “Did You Know” campaign – a series of OLVs and banners that encourage patients to learn the facts about heart failure. Together with other tactics, the effort has generated more than 177,000 new leads, just in time for Entresto’s 2021 label expansion. Sanchez has also been a pioneer in using social media tools typically reserved for non-pharma brands. She was the first in pharma to use unbranded to branded retargeting ads to increase consideration, automated responses via Social Messenger to encourage and build trust in the CRM program, and programmatic targeted online video overlays.

McCann Health New York won the Best Philanthropic Campaign category for the “The Unfinished Votes,” which brought back the victims of gun violence to ask their unregistered friends and family to vote for sensible gun laws.

The Manny Award for Best Self-Promotional Campaign went to CDM New York. Since 2020 was such a challenging year, CDM New York created the agency’s own eBay page to auction off “The Year 2020” at a starting price of a single penny.

The Med Ad News “MedAdvocate” jury gathered on March 18 for a roundtable discussion of finalist campaigns previously determined via online voting, and included selections from more than 200 eligible voters across healthcare communication agencies. In order to take a deeper dive into the finalist campaigns, a panel of experts dubbed “MedAdvocates” were each assigned specific campaigns and tasked to initiate meaningful dialog amongst the jurors. MedAdvocates were selected based on their creative expertise and widely recognized performance within the industry. Ultimately, the team scored each finalist campaign using a point system that, combined with the popular vote conducted online, arrived at the eventual winners who were crowned on April 22.

About the Manny Awards
For 32 years, the Med Ad News Manny Awards have paid tribute to the creative work of agencies serving the healthcare market, their people, and their contributions to the industry. Each year at this gala awards ceremony, Med Ad News and agency professionals come together to celebrate creative excellence in pharmaceutical and medical device advertising and to acknowledge those making significant contributions to healthcare communications. On this special evening, hundreds of industry peers join Med Ad News in honoring winners in a range of award categories.

U.S. CDC says children can get within 3 feet at summer camp
Scroll to top