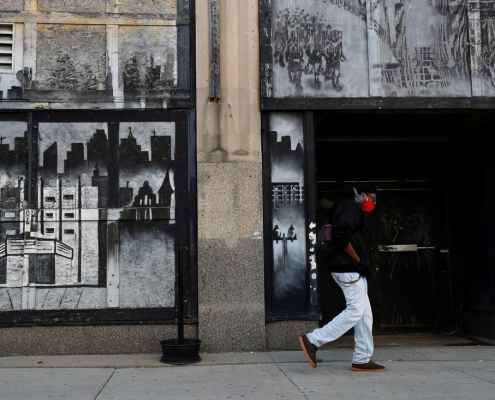 (Reuters) – A record surge of coronavirus cases in the United States is pushing hospitals to the brink of capacity and killing up to 1,000 people a day, the latest figures show, with much of the country’s attention focused on Tuesday’s presidential election.

The United States broke its single-day record for new coronavirus infections on Thursday, reporting at least 91,248 new cases, as 17 states reported their highest daily number of hospitalized COVID-19 patients since the pandemic started, according to a Reuters tally of publicly reported data.

More than 1,000 people died of the virus on Thursday, marking the third time in October that milestone has been passed in a single day. The number of hospitalized COVID-19 patients has risen over 50% in October to 46,000, the highest since mid-August.

Among the hardest hit states are those most hotly contested in the campaign between Republican President Donald Trump and Democratic challenger Joe Biden, such as Michigan, North Carolina, Ohio, Pennsylvania and Wisconsin.

The surge has revived some of the worst images of the devastating first wave of the virus in March, April and May, with people on ventilators dying alone in hospital isolation and medical staff physically and mentally exhausted.

“Our hospitals cannot keep up with Utah’s infection rate. You deserve to understand the dire situation we face,” Utah Governor Gary Herbert said on Twitter, echoing officials in other states and public health experts.

“We are having some of the largest outbreaks that we’ve had during the entire pandemic. And nine, 10 months into this pandemic, we are still largely not quite prepared,” said Ashish Jha, dean of the Brown University School of Public Health in Providence, Rhode Island.

“We don’t have the kind of testing that we need. There are a lot of problems with large outbreaks happening in many, many different parts of the country. And of course, we’re going into the fall and winter, which will, of course, make things very, very difficult,” Jha told Reuters in an interview 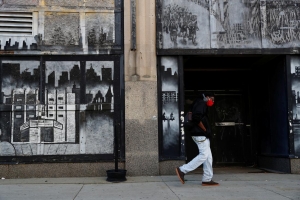 Trump has repeatedly played down the virus, saying for weeks that the country is “rounding the turn,” even as new cases and hospitalizations soared. He maintained his upbeat tone in a tweet on Friday, saying the country was doing much better than Europe had in confronting the pandemic.

Biden and fellow Democrats in Congress have criticized the president for his handling of the health crisis.

In the U.S. House of Representatives, Democrats released a report on Friday condemning the Trump administration’s pandemic response as being “among the worst failures of leadership in American history.” The failures had forced at least 6 million Americans into poverty and left millions more jobless, it said.

“The virus is a global scourge, but it has been an American fiasco, killing more people in the United States than in any other country,” said the 71-page interim report by Democratic staff of the House Select Subcommittee on the Coronavirus Crisis, which was created in April.

Based on dozens of Democratic-led probes conducted during the panel’s first six months, the report said investigators identified more than 60 instances in which Trump administration officials overruled or sidelined top scientists to advance the president’s political interests.

The subcommittee found over $4 billion of potential fraud in programs to help struggling small businesses and accused the administration of directing funding for critical supplies to companies that had political connections or lacked experience, often without competition.

“The administration’s response to this economic crisis has benefited larger companies and wealthy Americans, while leaving behind many disadvantaged communities and struggling small businesses,” the report said.

After his hospitalization with COVID-19 in early October, Trump resumed the large campaign rallies that draw thousands of supporters packed together, many not wearing masks. The Trump campaign says the rallies are safe and that masks and social distancing are encouraged.

A CNN investigation found that 14 out of 17 counties surveyed showed an increased rate of new COVID-19 cases one month after hosting Trump rallies. The report presented the health data without drawing a causal link.

Rates of infection in eight of the 14 counties had been decreasing one month before the rallies, it said. In 10 counties, the new rates of infection were growing faster than the overall rate for the state. The report studied counties in 13 states including election battlegrounds of Minnesota, Wisconsin, Pennsylvania and Florida.