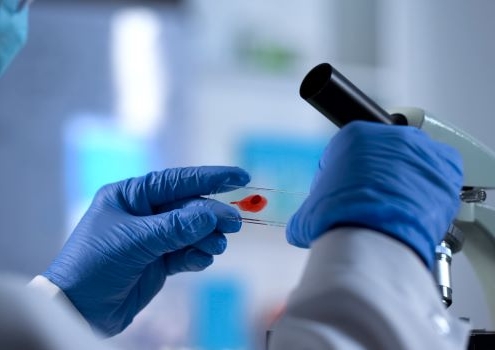 Yvonne Bryson, M.D., an infectious disease researcher at UCLA, presented the case of an American woman who was cured of HIV after receiving a new transplant procedure that leverages donated umbilical cord blood. Bryson presented the case study at the Conference on Retroviruses and Opportunistic Infections.

In the press conference, Bryson said, “Today, we reported the third known case of HIV remission and the first woman following a stem cell transplant and using HIV-resistant cells.”

The first known patient cured of HIV was Timothy Ray Brown, dubbed the “Berlin Patient.” The second was Adam Castillejo, known as the “London Patient.” Both men underwent stem cell transplants after being diagnosed with leukemia, in the case of Brown, and Hodgkin’s lymphoma, in the case of Castillejo.

The woman has not been publicly identified. She was diagnosed with HIV in 2013, and in 2017, she developed high-risk acute myeloid leukemia. She received a stem cell transplant to treat both diseases. However, the procedure was different from Brown and Castillejo, who received stem cells from adults.

In the most recent case, the woman received a “haplo/cord transplant” made up of a mixture of stem cells from a relative and stem cells from an infant’s umbilical cord. The stem cells from the infant held a naturally occurring but rare deletion in the CCR5 gene that provides immunity to infection by HIV. The deletion appears in some rare people of Northern European or Caucasian descent.

Bryson noted, “This case is special for several reasons: First, our participant was a U.S. woman living with HIV of mixed race, who needed a stem cell transplant for treatment of her leukemia. And she would find a more difficult time finding both a genetic match and one with the HIV-resistant mutation to both cure her cancer and potentially her HIV. This is a natural but rare mutation.”

Even though the procedure appears to have been successful, Bryson notes that the deletion is so rare that it’s unlikely to become a standard procedure because there may eventually only be “approximately at least 50 [people] per year that may benefit from this.” 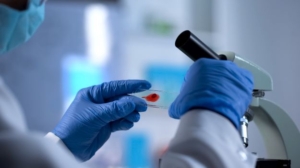 As Carlos del Rio, M.D., a professor of medicine at Emory University School of Medicine, told The Washington Post, “This is critical science to eventually get us to a cure. This is not a scalable intervention. The way I think about this: This is like sending someone on a rocket to the moon. It’s great science, but it’s not the way we’re going to travel.”

Sharon Lewin, president-elect of the International AIDS Society, said, “A bone-marrow transplant is not a viable large-scale strategy for curing HIV, but it does present a proof of concept that HIV can be cured. It also further strengthens using gene therapy as a viable strategy for an HIV cure.”

Interestingly, in Nov. 2018, a Chinese researcher, He Jiankui, utilized CRISPR-Cas9 gene editing to alter the DNA of embryos for seven couples, disabling the CCR5 gene. At least one set of twins was viable and born. The fathers of the babies all had HIV that was under control. He Jiankui claimed the editing was performed to give the children protection.

The research was met with global condemnation because He Jiankui’s procedure modified the germline of children who would go on to be born. Eventually, He Jianjui was sentenced to three years in prison and fined $430,000 by the Chinese government. The entire incident resulted in an international moratorium on gene editing of germ cells.

Although this third case of a cure has limitations, it does suggest there might someday be a potential for modifications of the CCR5 gene that could have broader applications for curing HIV.