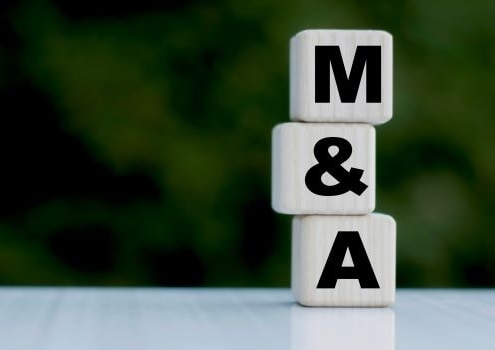 Under the terms of the deal, Organon is paying $75 million upfront, taking on about $9 million of Forendo debt, and up to $270 million in various development and regulatory milestones. There is also an additional $600 million in commercial milestones. The total deal could hit $954 million.

Organon spun out of Merck in 2020 and has a portfolio of more than 60 products across various therapeutic areas, including reproductive health, biosimilars and other products. Brand name commodities include Clarinex-D 12 Hour Extended Release Tablets, Dulera, Fosamax, Propecia and others.

Forendo’s lead clinical compound is a potential first-in-class oral 17Beta-hydroxysteroid dehydrogenase type 1 (HSD17B1) inhibitor being developed for endometriosis. Preclinical studies have shown that it inhibits the conversion of low potency estrone into highly potent estradiol in endometriotic lesions ex vivo. A potential advantage over current therapies is that it appears to act locally in the target tissues but not affect systemic hormone levels. Forendo’s pipeline includes a preclinical program for polycystic ovarian syndrome (PCOS).

“Organon is dedicated to delivering medically significant women’s healthcare interventions, prioritizing disease areas based on her unmet needs,” said Kevin Ali, Organon’s chief executive officer. “Endometriosis is among our highest priority areas of focus. Our acquisition of Forendo further demonstrates our commitment to building a pipeline of impactful treatment options for women with unmet medical needs.”

Organon also reported its third-quarter financials today. For the quarter, it reported $1.6 billion in revenue, with $381 million in Women’s Health, $140 million in Biosimilars, $1.027 billion for Established Brands, and $52 million for “Other.” The Women’s Health division represents a drop of 10% from the same period in 2020, but the Biosimilars rose 41% in the same period. Overall, total revenue is down 1% since the third quarter of 2020.

Biosimilars was driven by U.S. sales of Renflexis (infliximab-abda), a biosimilar for Janssen’s Remicade, a treatment for Crohn’s disease, ulcerative colitis, rheumatoid arthritis and other autoimmune/inflammatory conditions.

Ali stated, “Just months after becoming a standalone company, we are delivering on what we set out to do. Our year-to-date results are very much in line with expectations, and with good visibility into the remainder of the year, we are affirming our financial guidance.”

In addition to the Forendo acquisition, Organon has executed two other deals in the last six months. On June 16, it completed the acquisition of Alydia Health, a medical device company focused on preventing maternal morbidity and death caused by postpartum hemorrhage (PPH) or abnormal postpartum uterine bleeding. The total deal was worth $240 million.

On July 27, it inked a global license deal with Switzerland’s ObsEva to develop, manufacture and market ebopiprant, an orally active, selective prostaglandin F2a receptor antagonist. The drug is being developed for preterm labor by decreasing inflammation and uterine contractions. That deal has ObsEva entitled to tiered double-digit royalties, up to $500 million in upfront and milestone payments, including $25 million at signing, up to $90 million in various development and regulatory milestones, and up to $385 million sales-based milestones.

Of today’s deal with Forendo Pharma, Risto Lammintausta, chief executive officer of Forendo, noted, “This is a great opportunity for Forendo to join forces with a larger organization capable of accelerating the development of our innovative product candidates through mid and late-stage trials and once approved, make the resulting drugs available to patients suffering from endometriosis and PCOS worldwide.”