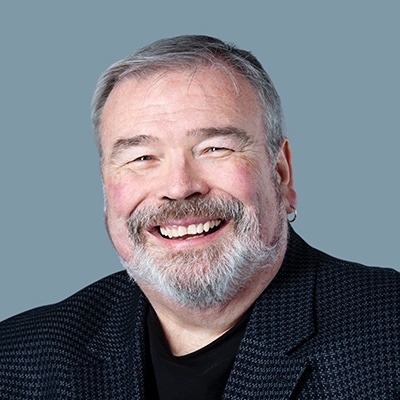 Words of wisdom from a long career

(Editor’s Note: Jay Carter, Med Ad News’ 2022 Industry Person of the Year, asked for a little space to share some of his thoughts about his mentors and his path. Congratulations again, Jay!)

Since most of the audience didn’t know who I was and knowing from my own experience that honestly what they cared about was free booze and whether or not they won the award they were up for, I kept it short.

But… over and over, friends were telling me that they could not wait to hear my comments. I decided that if Med Ad News cared to publish them, I’d share a few words of wisdom accumulated over the years.

So, some words to live by, especially if you wish to be successful in any avenue of life.

Alan MacKenzie, formerly the Executive VP for International at Takeda, taught me a valuable philosophy early in my career. It’s called purity of intent. It works this way: in any conflict, assume that the offending party who injures you is always behaving in the most virtuous light you can think of. I can assure you, sometimes the best you can do is that the offender is stupid and makes bad choices, but it is a philosophy that minimizes destructive conflict.

My friend Rich Daly, who I’ve known since he was a rep for TAP Pharmaceuticals in the early ‘90’s, and is now president of biotech startup Carsgen, taught me a bit his discipline of self-introspection. I know no human who is more aware of the state of his personal being and is constantly working on making himself better. It’s a practice I wish that I was much better at.

My friend Ken Keller, who was kind enough to introduce me at the Manny Awards, was a product manager at Amgen when I met him in 1995. Ken is now the chairman of the board of cancer giant Daiichi Sankyo. He is an ace at problem solving, and he taught me early on to spend a set amount of time every day focusing upon a problem to be solved until you solve it. I have used that discipline many times over the years to the benefit of my clients, and to myself.

Dale Taylor, my boss of 34 years and a person I am proud to call friend, is a manager after my own heart. He assumes competence and freely bestows autonomy on his reports, expecting only that they behave in a way that is best for the organization, not themselves. Creating this expectation, and rewarding those who live up to it well, is the key to much of my personal success. I can state with 100 percent certainty that without Dale’s management and support, there is no way I would have stood before the audience at the MANNY Awards as Industry Person of the Year. 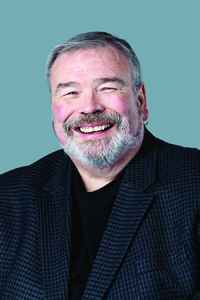 My profuse thanks to each of these men who molded me into the person that I am.

Well, I am passing 600 words and that’s about all an editorial insert can ask for. So, I’ll end with this insight and information.

This is the second “life achievement award” I’ve received over the last few years – both are incredibly meaningful to me and I’m incredibly grateful for both.

But the truth is, when you get an award like this, people inevitably begin to ask you when you’re going to retire.

I’m going to put it this way… you know how the fourth quarter of a game is always when the exciting stuff happens? I’m looking forward to the really exciting stuff…. I’m not done yet.