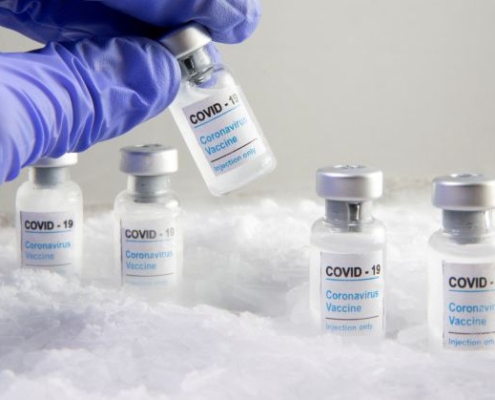 (Reuters) – The head of the World Trade Organization said there was a pathway for a global deal to get more COVID-19 vaccines to developing countries, despite a split over whether drugs firms should be stripped of their intellectual property rights.

WTO Director-General Ngozi Okonjo-Iweala, speaking to reporters before joining discussions among leaders of the Group of Seven nations, said she was hopeful there would be more clarity on the way ahead for the IP waiver issue by July.

“It may be difficult because some of the positions, maybe, are a little bit far apart, but there is a pathway,” she said. “I would very much like to see some form of progress by July.”

WTO members agreed on Wednesday to start formal talks on a plan to boost COVID-19 vaccine supply to developing countries but the battle lines are drawn for tough negotiations. read more

South Africa and India, backed by many emerging nations, want a temporary waiver of IP rights on vaccines and other treatments to allow local manufacturers to produce shots.

U.S. President Joe Biden has said he backs a temporary waiver. But other developed nations, many home to large pharmaceutical companies, say such a move would not boost production and could undermine research and development.

Okonjo-Iweala said the debate had moved ahead with the agreement to start the negotiations.

“We hope that this will happen in a way that can accelerate agreement into something pragmatic, that will work for developing countries and at the same time protect research and innovation,” she said.

As well as reaching a deal on IP, countries had to scale back restrictions on exports of materials used in production and back a $50 billion plan to accelerate local vaccine rollouts, the WTO leader added. 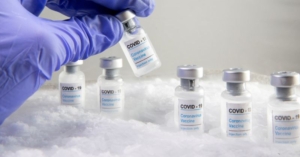 WTO members are due to discuss next week the format of negotiations with a view to producing a report by July 21-22.

The G7 leaders, holding a summit in southwest England, agreed on Friday to donate 1 billion COVID-19 vaccine doses to poorer countries, something the United Nations and campaign groups said fell short of what is needed. read more

Separately, Okonjo-Iweala said she was hoping for a “significant advance” in talks on fishery subsidies by July “even if we don’t get to a conclusion which is quite possible”.

She is due to host a meeting of WTO member countries on July 15 to try to cut fisheries subsidies after 20 years of talks.

AstraZeneca shots have good risk-benefit profile for over 60s, says EMA off...
Scroll to top