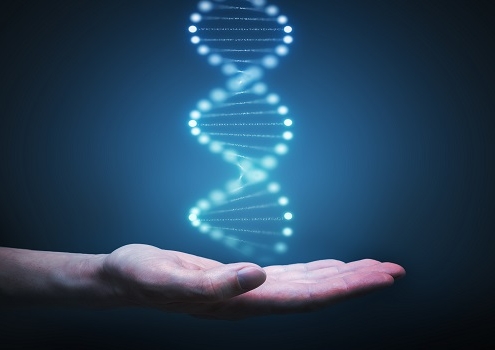 Yale Researchers are Quantifying Genetic and Environmental Factors in Cancer

Every day there is news about new insights into cancer. Often, it’s related to how a drug works against a specific type of cancer.

Elsewhere, Elpiscience Biopharma received the green light from the U.S. Food and Drug Administration to initiate a Phase I trial of ES014 in advanced solid tumors. E014 is a first-in-class anti-CD39xTGF-beta bispecific antibody that simultaneously targets the CD39-adenosine and TGF-beta pathways.

Less common is something fundamental to our understanding of cancer. Within the last few weeks, researchers at Yale University published research in Molecular Biology and Evolution describing a new molecular analysis approach to quantify DNA changes that contribute to cancer growth.

It’s well understood that environmental factors can result in genetic mutations leading to cancer. For example, ultraviolet light or tobacco use. It’s much harder, however, to determine how much of a person’s cancer developed from these environmental factors or to age and bad luck. But researchers at Yale have developed an approach that quantifies how much each mutation contributes to cancer.

“We can now answer the question – to the best of our knowledge – ‘What is the underlying source of the key mutations that changed those cells to become a cancer instead of remaining normal tissue?’” Jeffrey Townsend, Ph.D., the Elihu Professor of Biostatistics in the department of biostatistics at the Yale School of Public Health, said.

They were able to combine an ability to predict how specific factors cause specific mutations with a method that quantifies the contribution of each mutation to cancer. “That gives us the last puzzle piece to connect what happened to your genome with cancer,” Townsend said. “This is really direct: We look in your tumor, and we see the signal written in your tumor of what caused that cancer.”

As an example, certain tumors such as bladder and skin tend to develop more as a result of preventable factors. Prostate cancers and gliomas (types of brain tumors) are largely due to age-associated processes.

Specific locations or even professions that have unusually high cancer levels might be able to use the method to identify cases of exposure to carcinogens, Townsend suggests. “It can be useful in terms of giving people feedback that lets them know what the causes of their cancer are,” he said. “Not everyone may wish to know. But on a personal level, it may be helpful to people to attribute their cancer to its cause.”

At this time, their methodology doesn’t take into account all genetic changes that lead to cancers. More research will be needed to completely understand all the genetic changes associated with cancer, and there are many more, even rare cancers, to evaluate.

The authors wrote that “Mutational processes in tumors create distinctive patterns of mutations, composed of neutral ‘passenger’ mutations and oncogenic drivers that have quantifiable effects on the proliferation and survival of cancer cell lineages. Increases in proliferation and survival are mediated by natural selection, which can be quantified by comparing the frequency at which we detect substitutions to the frequency at which we expect to detect substitutions assuming neutrality.”

Most of the variants they can evaluate with whole-exome tumor sequencing are neutral or almost neutral. As a result, the processes that cause the majority of mutations might not be the primary source of the cancer-causing mutations.

Evaluating 24 cancer types, the research team identified the contributions of mutational processes to each oncogenic variant and quantified the extent to which each process contributed to tumor development. In addition to their findings on melanomas and lung cancer, gliomas and prostate adenocarcinomas, they found that preventable mutations associated with exposure to pathogens and apolipoprotein B mRNA-editing enzyme activity account for a large percentage of cancers within head and neck, bladder, cervical, and breast cancers.