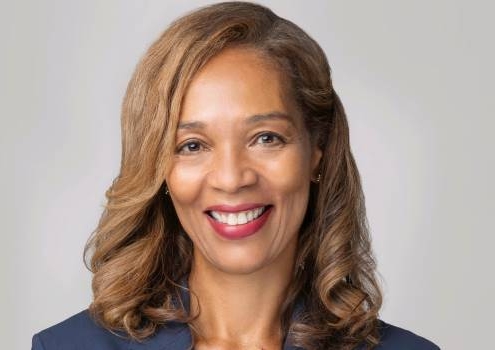 When Alnylam Pharmaceuticals presented its “Alnylam P5x25” five-year strategy at the J.P. Morgan Health Care Conference, January 11-13, it did so with a new president and CEO at the helm. After nearly two decades as the company’s chief executive, John Maraganore, Ph.D. passed the baton to Dr. Yvonne Greenstreet.

With its stated ambition to transition to a top-5 biotech – measured by market capitalization – within the next five years, the RNA interference (RNAi) therapeutics trailblazer needs a leader who thinks as big as this mission. With more than 25 years experience in the industry, at GlaxoSmithKline, Pfizer, and then for the past five at Alnylam, Greenstreet brings the necessary pedigree. And being a woman in an industry where female executives still number too few, she shared this advice for those hoping to follow in her footsteps: “Be prepared to jump in and bring your whole self to what you’re doing.”

Alnylam P5x25, Greenstreet told BioSpace, is a “roadmap for how we’re going to serve…at least half a million patients around the world, as well as bring forward more marketed medicines – six plus – and continue to build this rich clinical pipeline.”

Formerly a practicing physician, Greenstreet joined the biopharma industry to make a broader impact on “millions of potential patients around the world.”

On that front, the data is coming in quickly for Alnylam in one of its primary indications, transthyretin-mediated (ATTR) amyloidosis. On Friday, the company presented 18-month data from the HELIOS-A Phase III study of vutrisiran in hereditary TTR (hATTR) polyneuropathy at the Société Francophone du Nerf Périphérique (SFNP) Annual Meeting in Paris. The data showed vultrisiran met all secondary endpoints, including statistically significant improvements in neuropathy impairment, quality of life, gait speed, nutritional status and overall disability when compared to placebo. Patients treated with the drug also showed improvements in exploratory cardiac endpoints, while an encouraging safety profile was maintained.

Hereditary transthyretin-mediated amyloidosis is an inherited, progressively debilitating disease caused by mutations in the TTR gene. Patients – who number approximately 50,000 worldwide – suffer from peripheral sensory-motor neuropathy, autonomic neuropathy and/or cardiomyopathy. The prognosis is grim, with a median survival time of 4.7 years after diagnosis.

Next up, Alnylam expects data from the Phase III Apollo B study of Patisiran (Onpattro®) in patients with ATTR Amyloidosis with cardiomyopathy around the middle of the year.

Alnylam’s pipeline represents the broad potential of RNAi therapeutics. “Given our de-risked and differentiated platform, we’re actually able to address a very, very wide range of diseases, and not just in the liver, but also outside of it,” Greenstreet said. “One of my dreams is that at some point in time – and I can’t promise you when – we will be able to bring the power of RNAi to every single tissue type in the body: kidney, heart, muscle, lung, because it’s a very conserved mechanism.”

How about the eye? One program Greenstreet is particularly excited about is the investigation of vutrisiran in Stargardt disease, a rare, inherited form of blindness caused by the accumulation of toxic vitamin A metabolites in the retina. 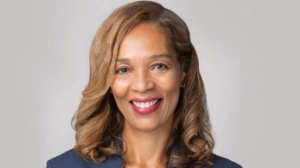 “The mechanism of action in terms of interrupting TTR and therefore carriage of vitamin A to the eye is such that we fully expect we’ll be able to lower the toxic metabolites in the eye and therefore halt or slow down blindness,” she explained. “That’s something that nobody’s really paying attention to yet.”

There is also vast potential, she said, for RNAi in more prevalent diseases, including in the CNS space. While Stargardt disease is actually one of the more common forms of inherited blindness, there are few illnesses that can match the prevalence of Alzheimer’s disease (AD). Greenstreet shared that Alnylam expects to initiate a Phase I study of investigational RNAi therapeutic ALN-APP in early-onset AD early this year, with initial data anticipated by year’s end.

Greenstreet explained that the drug’s mechanism of action is very different from that of antibodies such as Biogen’s Aduhelm.

“It acts upstream of what’s called the amyloid precursor protein pathway, and therefore disrupts all the protein and peptide products downstream that cause problems in Alzheimer’s,” she said, adding that because of how the approach is able to get into cells, “we can impact not just the extracellular deposition of amyloid [which is how the antibodies work], but we can also prevent the intracellular formation of amyloid fibrils.” She noted emerging science that suggests this is what actually causes a lot of the toxicity in AD.

Another common indication where RNAi – and Alnylam – are spreading their wings is hypertension, the number one cause of cardiovascular morbidity and mortality around the world. In November 2021, the company presented data from an ongoing Phase I study of zilebesiran, where single doses resulted in sustained serum angiotensinogen and blood pressure reductions through six months. The real benefit of RNAi here, Greenstreet said, is in the tonic control enabled by subcutaneous injections 3 to 4 times a year. This, she explained, has the potential to overcome the variability of blood pressure experienced by patients on other tablet medications. With this infrequent administration, it may be possible to “envisage managing hypertension at a population level.”

A bit further down the pipeline, Greenstreet shared, is the potential to simultaneously silence two unique gene transcripts using a single chemical entity. It’s an evolution she likened to the development of bifunctional antibodies. “We’ve already started on that journey at Alnylam, where we have figured out ways of linking, or multiplexing, two siRNAs without losing any activity.” The company believes this GEMINI platform has potential application in cardiometabolic, CNS, oncologic and viral diseases.

“Up until this time, we had no idea whether this amazing Nobel Prize-winning science was actually going to be able to translate into efficacious and safe medicines,” she said. “This is really the compelling proof point that we had a real medicine in our hands, but that we also then had a platform.” It was the culmination of a 15-year journey from a scientific paper to a real medicine. The entire company was “jubilant”, she said, because of the “profound impact”  Onpattro had on the disease.

“For neurological conditions, you hardly ever see improvements. The best you can normally do is just slow down the progression of the disease, and here we were with a drug that was actually able in many patients to halt or reverse that neuropathy,” Greenstreet said. She recalled the moment when Alnylam’s head of R&D rushed to the screen and literally kissed a chart the company calls the “alligator jaws” which compared Onpattro to the placebo.

Speaking with Greenstreet, it becomes clear that we can expect more milestones where that one came from.

“The pace of biomedical innovation is the most rapid that I’ve ever seen in my whole career,” she shared. “I’m glad I’m still in the game because we are exploring and developing medicines for diseases that have been viewed for a long time as unconquerable.”