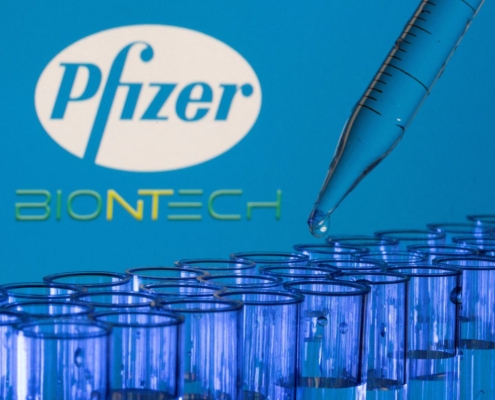 NEW YORK, June 24 (Reuters) – COVID-19 vaccines this fall are likely to be based on the Omicron variant of the coronavirus rather than the original strain, although some experts suggest they may only offer significant benefits for older and immunocompromised people.

Moderna (MRNA.O), Pfizer (PFE.N) and Novavax (NVAX.O) have been testing vaccines based on the first BA.1 Omicron variant that became dominant last winter, driving a massive surge in infections.

On Wednesday, Moderna said its updated vaccine worked well against more recent Omicron subvariants, and that it was moving forward with plans to ask regulators for approval. read more 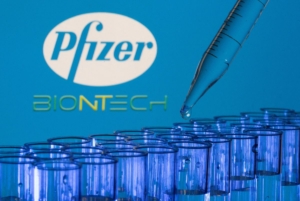 Test tubes are seen in front of displayed Pfizer and Biontech logos in this illustration taken, May 21, 2021. REUTERS/Dado Ruvic/Illustration/File Photo

Vaccines that can bridge the gap between the original version of coronavirus and the Omicron variant would likely be “far, far better” for the fall, according to Trevor Bedford, a biologist at the University of Washington who has closely tracked mutations of the SARS-coV-2 virus.

Bedford said it would take too long to meet regulatory requirements for a switch to tailor the next vaccine to versions of Omicron spreading quickly now.

“Catching up to any of the Omicrons is really important,” he said, noting the enormous jump in the number of mutations from the original strain that emerged in China to Omicron on the spike protein part of the virus the vaccines target.

The World Health Organization (WHO) plans to assess the effectiveness of vaccines built for Omicron, as do national health regulators like the U.S. Food and Drug Administration.

A group of WHO advisers said last week an Omicron-based vaccine may broaden immunity after the Omicron variant evaded much of the protection against infection generated by the vaccines designed for the original virus, a view other experts share. FDA scientific advisers will meet on June 28 to make a recommendation on the issue.

Important questions remain, including whether vaccines designed for variants circulating last winter will work well against significantly different subvariants that may emerge. Experts also want to know if the new shots will increase protection against severe disease and death for younger, healthier people or merely offer a few months additional safeguard against mild infection.

Scientists who have questioned the value of booster shots for young and healthy people say a broad campaign is not needed with an updated shot either.

BILLIONS OF DOLLARS AT STAKE

Unlike annual adjustments for influenza vaccines that manufacturers are allowed to try to align with circulating strains, regulators have asked companies to run clinical trials to prove their new COVID vaccines work better.

But nearly three years into the pandemic, vaccine makers are pushing for a flu-like model that would allow them to nimbly retool their shots to combat new variants.

At stake are billions of dollars in contracts with countries around the world. Moderna is already manufacturing the shots, with deals signed in some countries.

Moderna is asking regulators to greenlight a version of their COVID-19 shot targeting both the BA.1 Omicron variant and the original version of the virus, armed with fresh evidence it may be effective against more recently circulating subvariants.

“The challenge we have is the virus continues to evolve really quickly,” Moderna President Stephen Hoge said in an interview, noting that millions of doses of the updated vaccine could be ready in August.

If the drugmaker needs to tweak the vaccine further and restart manufacturing, new shots may not be available until the middle of the fourth quarter, he said.

Pfizer and partner BioNTech (22UAy.DE) are testing variant-adapted COVID-19 vaccines but have yet to release any data. Novavax, whose vaccine is not yet authorized for U.S. use, launched a trial of its own Omicron-based vaccines in late May.

Dr. Jesse Goodman, a professor at Georgetown School of Medicine and a former top FDA scientist, said unlike for flu, regulators do not have enough experience with COVID vaccines to match them to circulating strains without clinical trials.

Dr. Luciana Borio, former acting chief scientist of the FDA, said the science generally supports the idea that it would be better to have vaccines that more closely match the currently circulating virus.

“We see that with people that have hybrid immunity from vaccination plus infection,” Borio said. “The immune response that is generated is very rich.”

Still, Borio and others are not convinced everyone should be vaccinated again.

“There’s no evidence that a healthy 27-year-old person needs to be revaccinated,” Borio said.

Haleon will launch with $12B+ debt as new GSK gains momentum 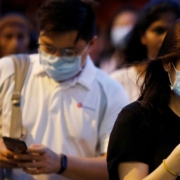 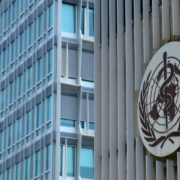