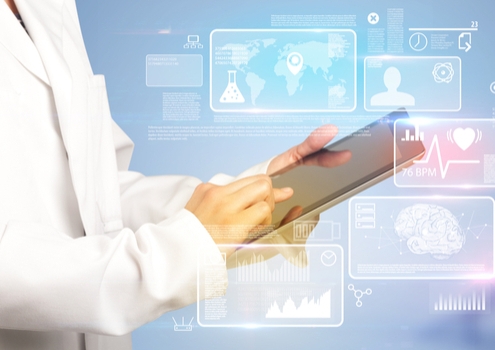 The American Society of Clinical Oncology (ASCO) 2020 meeting was held virtually this year due to the COVID-19 pandemic. As usual, there were literally hundreds of abstracts, posters and presentations. Here’s a look at some of the highlights.

Deciphera Pharmaceuticals presented quality of life and certain safety results from the INVICTUS Phase III trial of QINLOCK (ripretinib) in adults with fourth-line advanced gastrointestinal stromal tumor (GIST) at ASCO. The drug was associated with an increase in the patients’ self-reported health status, while placebo was associated with decline.

Myovant Sciences announced additional data from its Phase III HERO trial of once-daily, oral relugolix in men with advanced prostate cancer at ASCO. The data expanded on earlier findings from the study, showing superiority of relugolix to leuprolide acetate across multiple endpoints.

VBL Therapeutics presented positive interim data from the OVAL Phase III pivotal trial in platinum-resistant ovarian cancer of VB-111 and paclitaxel compared to placebo plus paclitaxel. VB-111 (ofranergene obadenovec) is a first-in-class, targeted anti-cancer gene-therapy agent. The data demonstrated an objective response rate of 53%, with the response rate in the treatment arm being 58% or higher. In patients who had post-dosing fever, a marker for VB-111 treatment, the response rate was 69%.

“The latest safety and clinical activity data from the alloSHRINK trial in metastatic colorectal cancer patients further demonstrate CYAD-101’s differentiated profile as an allogeneic CAR-T candidate,” said Frederic Lehman, Celyad’s vice president of Clinical Development. “The absence of clinical evidence of graft-versus-host-disease (GvHD) for CYAD-101, which co-expresses the NKG2D receptor with our novel, TIM technology used to knockdown signaling of the TCR complex, confirms the potential of non-gene edited approaches for the development of allogeneic CAR-T candidates. Taking these positive clinical data into account, we have decided to broaden the program to include evaluating CYAD-101 following FOLFIRI chemotherapy in refractory patients as an expansion cohort of the alloSHRINK trial. Overall, treatment of advanced metastatic colorectal cancer patients beyond second line regiments remains a high unmet medical need, and we believe CYAD-101 could offer a unique immunotherapeutic approach to treat this incurable disease.”

Gilead Sciences presented data from its Phase Ib trial of magrolimab with Bristol-Myers Squibb’s Vidaza (azacytidine) in 68 patients with untreated higher-risk myelodysplastic syndrome (MDS) and acute myeloid leukemia (AML). Gilead picked up the drug when it acquired Forty Seven in March. Magrolimab targets the CD47 antigen, which is over-expressed in cancer cells and allows for immune system evasion. The presentation at ASCO was on 39 patients with higher-risk MDS and 29 with AML, including 12 AML patients with TP53 mutations.

In a phone interview with MedCityNews, David Sallman, a leukemia and MDS specialist at the Moffitt Cancer Center in Tampa, Florida, who presented the data at ASCO, said, that in a general higher-risk population, the TP53 patients account for about 8% of patients, but about 20% of patients in clinical trials and at Moffitt. “On a population basis, it’s much smaller, but it’s actually a big issue from an academic and clinical trial perspective.”

Merck announced positive data from the Phase III KEYNOTE-355 trial looking at Keytruda in combination with chemotherapy as first-line treatment for metastatic triple-negative breast cancer (mTNBC). It presented the data at an oral abstract session. In the trial, patients whose tumors expressed PD-L1 with a Combined Positive Score (CPS) greater than or equal to 10, Keytruda with chemotherapy showed a statistically significant and clinically meaningful improvement in progression-free survival (PFS). The drug combination decreased the risk of disease progression or death by 35%, improving PFS to a median of 9.7 months compared to 5.6 months for patients receiving only chemotherapy.

For Part 1 of the Phase III CheckMate -227 clinical trial, the company announced three-year follow-up data showing that Opdivo (nivolumab) plus Yervoy (ipilimumab) gave sustained improvements in overall survival (OS) as well as additional efficacy measures as a first-line treatments for metastatic NSCLC. The median follow-up was more than three years—43.1 months—and the combination showed a survival benefit compared to chemotherapy in patients expressing PD-L1 greater than 1%. The three-year OS rates in this population was 33% for the combination compared to 22% for chemotherapy alone.

For the Phase II KarMMa trial, the two companies presented updated results in patients with relapsed and refractory multiple myeloma (r/r MM). In the trial, 128 patients with heavily pretreated r/r MM who were exposed to at least three previous therapies and were refractory to their last regimen were treated with ide-cel. The overall response rate (ORR) was 73% across all dose levels, including 33% who had a complete response (CR) or stringent CR (sCR). Median duration of response (DoR) was 10.7 months, with 19.0-month median DoR for patients who had a CR or sCR.