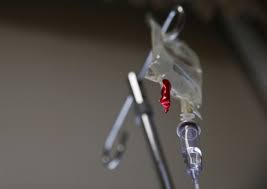 The study, designed to collect real-world, long-term effectiveness and safety data on Aduhelm, will enroll 6,000 patients over fours years in the United States, according to details released during the Alzheimer’s Association International Conference.

Patients in the trial will be monitored for up to five years.

The current study is not the highly anticipated confirmatory trial the U.S. Food & Drug Administration required as part of Aduhelm’s accelerated approval, but is one of the three trials Biogen will undertake to generate post-approval data on the drug.

The FDA approved the drug on June 7 using its accelerated approval pathway, which requires a study to confirm the drug works as intended, and gave a deadline of nine years ending 2029 for the trial.

While the FDA approval was initially hailed by patient associations and doctors long awaiting a treatment for the memory-robbing disease, some experts have called for a federal probe into the decision that they claim was made without clear evidence of patient benefit.

Biogen said the main goal of the current study will be to evaluate how well Aduhelm slows the progress of Alzheimer’s in dosed patients.

Reporting by Mrinalika Roy in Bengaluru; Editing by Maju Samuel