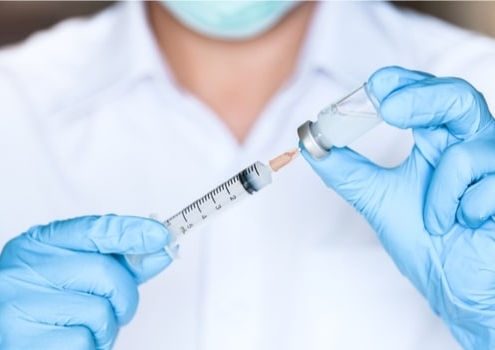 CureVac NV, located in Tübingen, Germany, published detailed interim Phase I data of its COVID-19 vaccine candidate, CVnCoV. The manuscript is currently on medRxiv and will be submitted to a peer-reviewed scientific journal.

Similar to the vaccines developed by Moderna and the BioNTech-Pfizer partnership, CureVac’s vaccine is a messenger RNA (mRNA) product. Its vaccine holds a sequence optimized mRNA coding for a stabilized form of the Spike (S) protein and contains it in a lipid nanoparticle.

The Phase I study was in healthy volunteers between the ages of 18 and 60 years. The interim analysis demonstrated that two doses of the vaccine ranging from 2 micrograms to 12 micrograms per dose, given 28 days apart, were safe, with no vaccine-related serious adverse events. However, the higher the dose, the more likely to be numerically more systemic adverse events and were more severe; to a lesser extent, local reactions also increased with higher doses. The side effects were mild or moderate and transient in nature.

Elon Musk, chief executive officer of Tesla, also announced that they are working on the third version of the vaccine bioprinter for CureVac and he believes it will be an “important product for the world.” Tesla had previously announced they were “building RNA micro-factories for CureVac.”

The two companies had begun working in 2019 prior to the COVID-19 pandemic. Tesla has filed a joint patent with CureVac for a “bioreactor for RNA.”

The printers are portable, automated mRNA production units. They are being designed for use in remote locations. They would manufacture the vaccine candidate and other potential mRNA-based therapies using whatever recipe is programmed into them.

CureVac is also building a more traditional manufacturing facility to increase its production of the vaccine tenfold to billions of doses.

The printers are being built at Tesla Grohmann Automation in Germany. Tesla acquired the company in 2016, which develops automated manufacturing systems for batteries and fuel cells.

In a tweet, Musk said, “Tesla makes the RNA Bioreactor that can make vaccines/cures. CureVac has Version 2 in use. Version 3 is under development. I do expect this to become an important product for the world, but probably not financially for Tesla.”

In a previous interview in July, Musk referred to diseases as a “software problem.”

CureVac stock climbed 8.28% in premarket trading at the news of the Phase I data. On November 2, the company had also disclosed some clinical data. The result of the current data is they plan to move ahead with Phase II and Phase III trials with the 12-microgram dose. They expect to enroll more than 36,000 people. So far this year, company stock has climbed 781.6%.

CureVac’s chief executive officer, Franz-Werner Haas, indicated, “We are very encouraged by the interim Phase I data. It represents a critical milestone in our COVID-19 vaccine program and strongly supports the advancement of our vaccine candidate. Following further data readouts and discussion we regulatory authorities, we remain fully committed and on track to initiate a pivotal Phase IIb/III trial before the end of 2020.”