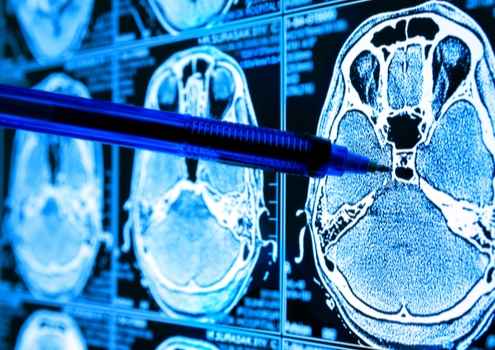 What if you could detect cancer just as it is getting started? New research published in the journal Nature just might give medicine the tools to do just that.

A group of scientists, as part of the Pan-Cancer Analysis of Whole Genomes (PCAWG) Consortium of the International Cancer Genome Consortium (ICGC) and The Cancer Genome Atlas (TCGA) conducted whole-genome sequencing analysis of 2,658 tumors representing 38 types of cancer. Sequencing a single tumor biopsy is like taking a snapshot of the process, but by taking this wide approach, they were able to gain insights into the timing of the progression of various cancers.

“Our new data show that the timing can be similar in cancers without detectable premalignant conditions, such as ovarian cancer, raising hope that these tumors also can be identified in pre-cancerous stages,” said Paul Spellman, professor of medicine in the OHSU School of Medicine and one of the senior authors of the research. “The challenge that remains is developing tests for these early signatures of cancer that are reliable enough to use as screening tests.”

Essentially, the research team tracked the DNA mutations in cancer at various stages of cancer development. They found, among many other things, that across cancer types, about half of early mutations that drive cancer occur in only nine genes. Many other gene mutations develop later. This is a striking finding, suggesting that only a small group of genes are the biggest drivers of early cancer development, and may well become the target of prevention and early-detection strategies.

Another finding were mutational signatures of tobacco smoke exposure in early stages of cancer formation. They were most significant in lung adenocarcinoma.

“We now have the opportunity to understand when mutagenic processes are active during a tumor’s development,” Spellman said, “which could help us understand when environmental exposures might be most dangerous.”

In ovarian cancer and two forms of brain cancer, the chromosome changes were timed within the first 10% of relative mutational time. This suggests they occur very early in a patient’s lifetime. In medulloblastoma, a childhood cancer, for example, most of the whole genome duplication events occur in the first two years of life. In ovarian adenocarcinomas, the mutational changes occurred more than 20 years before diagnosis in almost half of the patients.

“This is a big step forward towards cancer early detection and prevention,” said Sadik Esener, the director of CEDAR at the OHSU Knight Cancer Institute and professor of biomedical engineering in the OHSU School of Medicine. CEDAR is the Cancer Early Detection Advanced Research Center.

Esener continued, “Large scale international collaborations like ICGC and the ACED Alliance that CEDAR is funding are keys to better understand and ultimately control disease progression. The results in this study point to the possibility and importance of detecting the disease at its premalignant stage.”