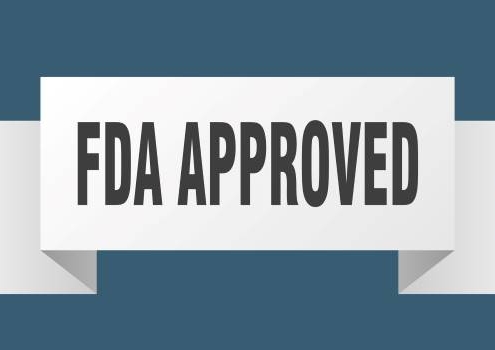 On December 28, the U.S. Food and Drug Administration reported there had been 50 novel drug approvals for the year, and that was just for new chemical entities, not including previously approved drugs authorized for new indications. On December 31, the FDA gave the green light to Xeris Biopharma’s Recorlev, a cortisol synthesis inhibitor for Cushing’s syndrome, for a record 51 approvals. This article looks at the 10 biggest drug approvals. “Biggest” doesn’t necessarily mean the drugs will have the highest sales – although some will. They are notable for a variety of different reasons, such as being the first drug approved for an indication, fulfilling an unmet medical need, or being the first of its type to be approved for an indication.

#1. Biogen’s Aduhelm (aducanumab). The approval of the first drug for Alzheimer’s disease in almost 20 years should have been a major cause for celebration and a drug that would be worthy of millions, even billions of dollars in sales. So far, that has not been the case. Fraught with controversy even before it was approved, Aduhelm only brought in $300,000 in the third quarter of 2021 compared to original average analyst estimates of $10.79 million. Its approval has been criticized by members of the FDA’s Peripheral and Central Nervous System Drugs Advisory Committee, Congress, physicians, drug-pricing advocates and neurologists. Despite all this, data continues to come in suggesting the drug may be more clinically effective than originally thought, and on December 16, Biogen and collaboration partner Eisai announced a Phase IV post-marketing confirmatory study.

#2. Pfizer and BioNTech’s Comirnaty. The FDA originally granted Emergency Use Authorization (EUA) for the Pfizer–BioNTech vaccine against COVID-19, marketed as Comirnaty, in December 2020. It was the first COVID-19 vaccine granted authorization in the U.S. and marked what everyone hoped would be a turning point in the pandemic. The vaccine was fully approved for adults 18 years and older on August 23, 2021. Its use has been expanded under EUA for children as young as 5, but it is still the only COVID-19 vaccine to have received full approval by the FDA in the U.S.

#3. Pfizer’s Xalkori. In January 2021, the FDA approved Pfizer’s Xalkori (crizotinib) for pediatric patients one year of age and older and young adults with relapsed or refractory, systemic anaplastic large cell lymphoma (ALCL) that is anaplastic lymphoma kinase (ALK)-positive. ALCL is a rare type of non-Hodgkin lymphoma that makes up about a third of cases of NHL in young people. About 90% of ALCL cases in young people are ALK-positive. Xalkori is a tyrosine kinase inhibitor indicated since 2011 for patients with metastatic non-small cell lung cancer (NSCLC) whose tumors are ALK- or ROS1-positive. It has also been approved for that indication in more than 90 countries. Xalkori is also approved for ROS1-positive NSCLCL in more than 70 countries. Although it had been approved for years for adults, it was the first meaningful new treatment option for young patients with relapsed or refractory ALK-positive ALCL. 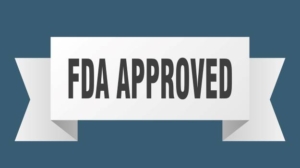 #5. Merck KGaA’s Tepmetko. In February, the FDA approved Merck KGaA, Darmstadt, Germany’s Tepmetko (tepotinib) for adults with metastatic non-small cell lung cancer (NSCLC) who have a MET exon 14 skipping alteration. It was approved by way of the FDA’s Real-time Oncology Review program, as well as Project Orbis, which allows for concurrent review by multiple regulatory agencies. There are about 2 million cases of lung cancer diagnosed each year around the world. Alterations of the MET signaling pathway, including MET exon 14 skipping alterations and MET amplifications, occur in 3% to 5% of NSCLC cases. The drug is an oral MET inhibitor of oncogenic MET receptor signaling caused by MET gene alternations. It is a particularly aggressive form of NSCLC in generally elderly patients facing poor clinical prognosis with few therapeutic options.

#6. Genentech’s Actemra. In March, the FDA approved Genentech’s Actemra (tocilizumab) for slowing the rate of decline in pulmonary function in adults with systemic sclerosis-associated interstitial lung disease (SSc-ILD). It was the first biologic approved by the FDA for this indication. Systemic sclerosis (SSc) is also called scleroderma. It is an autoimmune disease that progressively worsens. It is caused by the immune system malfunctioning, causing skin and lung tissues to thicken and harden, and there is no cure. It affects up to 75,000 people in the U.S. Interstitial lung disease (ILD) occurs in about 80% of SSc patients, causing inflammation and scarring of the lungs. It can be life-threatening.

#7. Chiesi Global Rare Diseases’ Ferriprox. In May, the FDA approved Chiesi Global Rare Diseases’ Ferriprox (deferiprone) for treatment of transfusional iron overload caused by sickle cell disease (SCD) or other anemias in adults and children ages three years and older. This approval expands the use of the drug for patients with SCD or other anemias in addition to patients with thalassemia without regard for previous iron chelation exposure. Ferriprox is a synthetic iron-chelating agent that can be taken orally.

#8. AbbVie’s Qulipta. The FDA approved AbbVie’s Qulipta (atogepant) in September for prevention of episodic migraine headaches. It is the first calcitonin gene-related peptide (CGRP) receptor antagonist specifically developed for this indication. It is a once-daily oral drug, a shift in the treatment paradigm for migraines. Because it is an oral medication, rather than an infusion, it offers convenience for patients.

#9. Novo Nordisk’s Wegovy. The FDA approved Novo Nordisk’s Wegovy for chronic weight management in June. Wegovy (a once-weekly semaglutide 2.4 mg self-injection) is a GLP-1 receptor agonist, a type of drug that is typically used to type 2 diabetes. Wegovy is the first and only once-weekly GLP-1 receptor agonist approved for weight control in people living with obesity. This is the same drug used to treat type 2 diabetes under the brand name Ozempic, but at a higher dose.

“The approval of Wegovy in the U.S. brings great promise to people with obesity,” said Martin Holst Lange, executive vice president, development at Denmark’s Novo Nordisk. “Despite the best efforts to lose weight, many people with obesity struggle to achieve and maintain weight loss due to physiological responses that favor weight regain. The unprecedented weight loss for an anti-obesity medication marks a new era in the treatment of obesity, and we now look forward to making Wegovy available to people living with obesity in the U.S.”

#10. Takeda’s Livtencity. In late November, the FDA approved Takeda Pharmaceutical Company’s Livtencity (maribavir) for adults and children 12 years or older weighing at least 35 kilograms with post-transplant cytomegalovirus (CMV) infection who are refractory to several other antiviral drugs. These include ganciclovir, valganciclovir, cidofovir or foscarnet. The drug is an orally bioavailable anti-CMV compound, a new molecular entity. An antiviral, it targets and inhibits the UL97 protein kinase and its natural substrates. The FDA granted Livtencity Orphan Drug and Breakthrough Therapy Designation. It also received Orphan Drug Designation from the European Commission.

CMV is a beta herpesvirus. Data suggests that 40% to 100% of adult populations have evidence of previous infection. It typically is latent and asymptomatic in the body but reactivates if a person becomes immunosuppressed. As a result, in people with a compromised immune system, such as those receiving various kinds of transplants, serious disease from the infection can occur. Out of about 200,000 adult transplants each year around the world, CMV is one of the most common viral infections in transplant recipients. The rate of occurrence is 15% to 56% in solid organ transplant recipients and 30% to 70% in hematopoietic stem cell transplant recipients. In these patients, CMV infection can be serious, often fatal, causing loss of the transplanted organ.