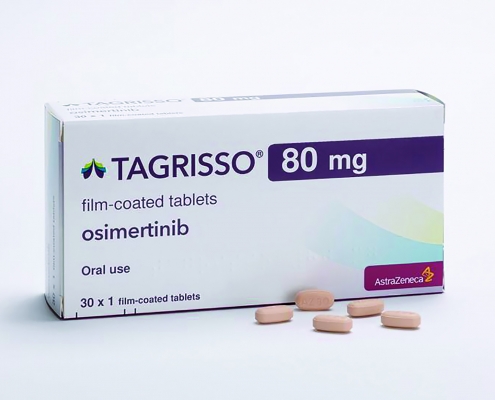 (Reuters) – AstraZeneca Plc said on Wednesday that China’s health regulator expanded the use of Tagrisso, the British drugmaker’s lung cancer treatment, in patients with a type of lung cancer when diagnosed at an early stage.

China’s National Medical Products Administration (NMPA) approved Tagrisso as an adjuvant therapy for patients with early-stage lung cancer who have a mutation of the EGFR gene, AstraZeneca said.

The drug is now approved to treat early-stage lung cancer in more than a dozen countries, including, most recently, in the United States.

The drugmaker said the Chinese approval was based on positive results from a late-stage trial that showed Tagrisso cut the risk of disease recurrence or death by 83%.

The EGFR mutation is found in about a quarter of global lung cancer cases, and older generation of EGFR inhibitors include Roche’s Tarceva and AstraZeneca’s own Iressa.

Reporting by Vishwadha Chander in Bengaluru; Editing by Shailesh Kuber

Havas Health & You Strengthens Capabilities in Innovation and Customer...
Scroll to top