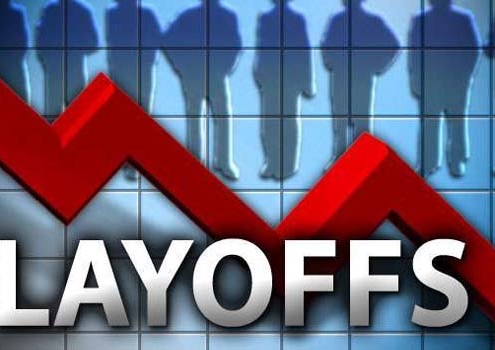 Consumer DNA-testing company 23andMeannounced it was laying off about 100 employees, or about 14% of its staff. The company reported that sales were down, reflecting a shrinking market for DNA test kits to consumers.

The layoffs are in departments across the company that aren’t central to its consumer testing and therapeutics business. There are no job cuts in its therapeutics team. It is, however, scaling back on its business recruiting for clinical trials.

The market for personal DNA consumer tests, largely for people looking for more information about family trees, although some were looking for genetic trains and health information, appeared to be increasing until 2019. The canary-in-the-coal-mine was Illumina, the tech company that manufactures and markets the gene-sequencers used for genetic testing. In its earnings call in July, the company reported sales were down across the industry. Another company in the genome-sequencing space, Veritas Genetics, abandoned its U.S. operation and laid off about 50 staffers when it had problems raising funds.

Anne Wojcicki, chief executive officer of 23andMe, told CNBC that customers might be worried about an economic downturn. She said the company is downsizing because it’s “what the market is ready for. This has been slow and painful for us.”

There may also be privacy concerns. 23andMe and other similar companies pledged in 2018 not to share data without consent, but there has been quite a number of concerns over the issue.

In December 2019, the U.S. Department of Defense warned members of the military to avoid using direct-to-consumer DNA kits because of worries about “unintended security consequences and increased risk to the joint force and mission.”

Wojcicki also concedes that the concerns over privacy have also been increasing after the resolution of the Golden State Killer case. This refers to a series of killings, rapes and assaults that occurred in California in the 1970s and ‘80s. Law enforcement never had a suspect until April 24, 2018, when Joseph James DeAngelo was arrested. Police used a free genealogy and DNA database called GEDMatch. They developed a profile with DNA from the crime scenes and DeAngelo’s name came up from a pool of possible suspects.

The detectives collected DNA from DeAngelo, some from the handle of his car door, and it matched their evidence. GEDmatch’s privacy policy did not require a court order to search the database.

23andMe and other company’s pledge not to share data came in the aftermath of the news about the Golden State Killer. They agreed to a set of voluntary guidelines to protect customer privacy. Other companies signing the pact included Ancestry, Helix, MyHeritage and Habit.

Some of these companies publish requests from law enforcement in their annual reports. For example, 23andMe received five requests in 2017, but did not turn over any data. Ancestry received 34 law enforcement requests and provided information in 31 cases.

It’s not completely clear if that’s the issue or some of the novelty, especially in terms of ancestry data, ran its course. 23andMe does not appear to be relying on consumer testing kits.

On Jan. 13, the company signed a deal with Barcelona, Spain-based Almirall, a pharmaceutical company focused on medical dermatology. Almirall in-licensed 23andMe’s bispecific monoclonal antibody designed to block all three members of the IL-36 cytokine subfamily, which is associated with multiple inflammatory diseases.

23andMe was founded in 2015. It has sold more than 10 million commercial DNA kits and 80% of those customers consented to research. The company has a portfolio of research programs in multiple diseases. Based on genetic evidence, the company created a bispecific antibody that blocks the IL-36 cytokine family.