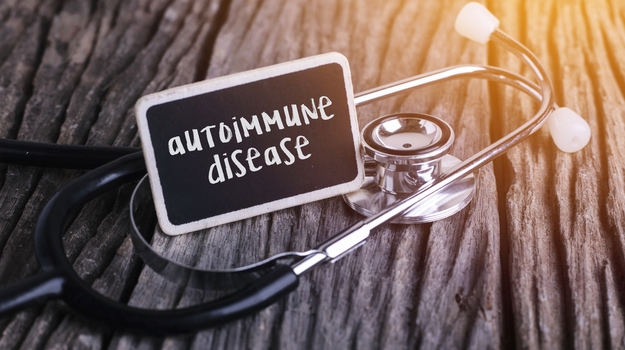 A peculiarity of autoimmune diseases is that they have many genes in common, but they develop differently. For example, why does a patient with an autoimmune disease become a type 1 diabetic rather than have rheumatoid arthritis?

Decio L. Eizirik, a researcher at Université Libre de Bruxelles’ Centre for Diabetes Research in Belgium, who is also a senior research fellow at the Indiana Biosciences Research Institute, recently published research in the journal Nature Genetics that found significant insight into this question. Eizirik took time to speak with BioSpace about the research and how a researcher in Belgium came to collaborate with researchers in Indiana, Spain, the UK and the U.S. National Institutes of Health.

“Several autoimmune diseases, such as type 1 diabetes, rheumatoid arthritis, multiple sclerosis, etc., have as much as 30 to 50% of their candidates genes in common,” said Eizirik, “raising the question on why in some individuals the immune system attacks, for instance, the insulin-producing beta cells, causing type 1 diabetes, while in others it targets joint tissues, leading to rheumatoid arthritis. Most of the research in the field has focused on the role for these candidate genes on the immune system, but our work indicated that many of these candidates genes affect the function and survival of pancreatic beta cells, leading to a misguided dialogue between them and the immune system that culminates in diabetes.”

The early stages of type 1 diabetes, for example, show local autoimmune inflammation and progressive loss of the pancreatic beta cells that produce insulin. How these genetic transcription factors, or cytokines, interact with the beta-cell regulatory environment, and the changes that occur, suggest a key role in how the immune system gets triggered to attack the beta cells.

The research was conducted by Eizirik, Lorenzo Pasquali from the Institucio Catalana de Recerca I Estudis Avancats (ICREA) in Barcelona, Spain, and colleagues from Oxford, UK; Pisa, Italy, and the NIH. For about 20 years, Eizirik has run a diabetes-focused laboratory in Brussels. In August 2019, he launched a new laboratory at the IBRI, where, he said, “three top scientists and assistants, Donalyn Scheuner, senior staff scientist at IBRI, Bill Carter, research analyst at IBRI, and Annie Rocio Pineros Alvarez, postdoctoral fellow in medicine at Indiana University, are already working. These two laboratories are working closely together—for instance, we have weekly meetings by videoconference, and besides my regular visits to the IBRI, scientists are moving between our European and USA labs on a temporary or permanent basis.”

The IBIR was created by the State of Indiana and the state’s leading life science companies, academic research universities and medical school, as well as philanthropic organizations. The focus is on metabolic disease, including diabetes, cardiovascular disease obesity and poor nutrition. Its laboratories and offices are housed in about 20,000 square feet of space in Indian University School of Medicine’s Biotechnology Research and Training Center in Indianapolis. It expects to move into a new 68,000-square-feet site in mid-2020.

Eizirik said, “The IBRI offers a unique opportunity to translate our basic research findings to the clinic, and we are working closely together with colleagues at Indiana University, particularly Carmella Evans-Molina, director of the Indiana Diabetes Research Center (IDRC) and the IDRC Islet and Physiology Core, to confirm our basic research findings in patient’s samples, and to eventually bring them to the clinic.”

For certain people who are genetically predisposed to type 1 diabetes, this leads to the “generation of signals by the beta cells,” Eizirik said, “that contribute to attract and activate immune cells, rendering beta cells a potential target to the immune system.”

Eizirik said, “These observations have clarified the role for pancreatic beta cells in type 1 diabetes and provided an explanation for the reasons behind the immune system targeting beta cells.”

The “amplifying loop” mechanism observed potentially explains other autoimmune diseases. Eizirik notes, “Binding of tissue-specific transcription factors, within an inflammatory context and in genetically predisposed individuals, could generate signals that would attract and activate immune cells against specific target tissues.”

“Type 1 diabetes has a strong genetic component,” Eizirik said. “At least 50% of the disease risk is due to genetic causes—and understanding the role for candidate genes in the disease may point to novel therapies. For instance, up to now, nearly all therapeutic approaches to prevent type 1 diabetes have targeted the immune system, with little success. Our findings suggest that we must also take steps to directly boost beta cell survival.”

He compared targeting the immune system only in type 1 diabetes to trying to fly a plane with only one wing. “Our present and previous data suggest that we need two wings: first, to re-educate the immune system to stop its attack on the beta cells, and second, to increase the beta cell resistance to the immune attack, and to find means to restore the lost beta cell mass. Unfortunately, to achieve these goals in both type 1 diabetes and other autoimmune diseases is not easy, and we must redouble our efforts.

The next stages of the research will be to study the function of two novel candidate genes for type 1 diabetes that were discovered in the research. They both act at the beta cell level. He expects to conduct that research with Pasquali. The second stage is to evaluate the impact of other immune mediators that act earlier in the disease course at the beta cell level. And the third stage is to test their hypothesis regarding the role for the target tissue in other autoimmune diseases.

In addition to that ambitious agenda, Eizirik and his group are establishing an Inducible Pluripotential Cell Core at the IBRI.

Eizirik said, “This will allow us to de-differentiate, for instance, skin cells from patients into pluripotential cells, and then to differentiate them into pancreatic beta cells. This will allow us to study the impact of the novel candidate genes we are discovering on beta cell function and survival, again in collaboration with Lorenzo Pasquali and Carmella Evans-Molina. This will also provide an excellent model to test new drugs to protect the beta cells in early type 1 diabetes.”