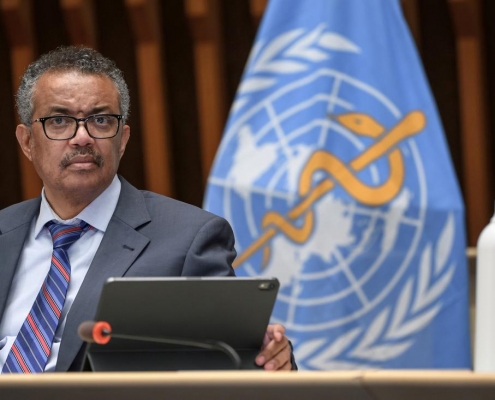 GENEVA/ZURICH (Reuters) – The World Health Organization (WHO) said on Thursday it was setting up an independent panel to review its handling of the COVID-19 pandemic and the response by governments worldwide.

The announcement follows strong criticism by U.S. President Donald Trump’s administration, which accused the WHO of being “China-centric”, and U.S. formal notification on Tuesday that it was withdrawing from the U.N. agency in a year’s time.

“The magnitude of this pandemic, which has touched virtually everyone in the world, clearly deserves a commensurate evaluation, an honest evaluation,” Tedros told a virtual meeting with representatives of WHO’s 194 member states.

The co-chairs will select the other panel members, he said. The panel will then provide an interim report to an annual meeting of health ministers in November and present a “substantive report” next May.

“This is not a standard report that ticks a box and is then put on a shelf to gather dust. This is something we take seriously,” Tedros said.

In May, WHO’s member states adopted unanimously a resolution proposed by the European Union calling for an evaluation of the global response to the pandemic. 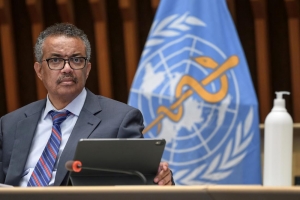 Johnson-Sirleaf, whose country was ravaged by West Africa’s Ebola outbreak, the world’s worst, in 2014-2016, said she looked forward “to doing all we can to respond” to the pandemic’s challenges.

More than 12 million people are reported to have been infected by the novel coronavirus worldwide and 548,429​ have died, according to a Reuters tally.

Ilona Kickbusch, a global health expert and former WHO head of communications, told Reuters on Wednesday that any review had to be credible.

“It has to be seen as a group of people that one can trust, that can start the process, and will probably involve others,” she said.