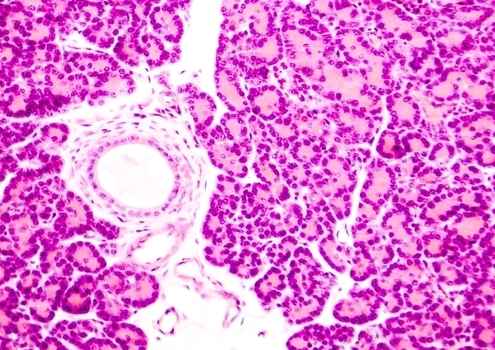 A dual treatment approach consisting of gemcitabine combined with AB Science’s masitinib, a highly selective tyrosine kinase inhibitor, was associated with significant increases in survival among patients with pancreatic cancer and pain, according to recently announced results from a confirmatory Phase III study.

AB Science has been working on developing masitinib for several indications for the past few years. The French pharmaceutical company is currently investigating the efficacy and safety of the therapy in neurology, inflammatory diseases and oncology. In 2016, AB Science filed the drug with the European Medicines Agency for the treatment of amyotrophic lateral sclerosis (ALS). This filing was based on positive results from the Phase II/III AB10015 trial as well as preclinical data that demonstrated a neuroprotective benefit of the drug in ALS.

And just recently, the European Investment Bank and AB Sciences came to a €15.0 million loan agreement to support a program that will evaluate masitinib as a treatment for COVID-19. This follows a recent study from the University of Chicago that found masitinib, when compared with 1,900 other clinically safe drugs, was the strongest candidate for trials studying COVID-19 treatments.

In the AB12005 study, investigators randomly assigned 383 patients with pancreatic cancer and disease-related pain to either masitinib with gemcitabine or placebo plus gemcitabine. Patients treated in the masitinib arm had significant improvements in overall survival compared with the placebo group by a median group difference of 1.8 months (13.0 vs. 11.2 months, respectively; p=0.007). Overall, treatment with masitinib and gemcitabine was associated with a 54% reduction in the risk of death compared with control.

The researchers also found that treatment with the combination regimen was associated with a significantly longer progression-free survival (7.4 vs. 5.6 months; p=0.039). The risk of having progression or death reduced by 53% with the masitinib and gemcitabine compared with placebo.

Treatment with masitinib was also associated with a significant reduction in pain relative to the placebo group in patients with unresectable locally advanced tumors. The investigators of the study suggest this finding holds clinical relevance for this patient population, as pain is often a clinical predictor of poor prognosis in pancreatic cancer. Masitinib blocks mast cells, which are associated with pain, and researchers believe this can reverse the poor prognosis of these patients.

There was no detected survival benefit in the overall population that included patients with both locally advanced and metastatic pancreatic cancer and pain. This likely indicates masitinib should be initiated in the early course of the disease and before metastasis.

“This study is particularly important as it confirms the relevance of targeting mast cells and macrophages in oncology,” said Professor Olivier Hermine, president of the Scientific Committee of AB Science and member of the Académie des Sciences in France. “We had previously observed the benefit of masitinib targeting mast cells and macrophages in cancer through in vitro and in animal assays in my laboratory. This study validates the benefit of masitinib in humans in the most difficult-to-treat cancer.”

Hermine noted that masitinib can now be considered an anti-metastatic drug that holds utility for patients who are at high risk of developing metastases. “In addition, it validates the role of mast cells in pain and the acceptable safety profile of masitinib even in combination with chemotherapy,” noted Hermine.