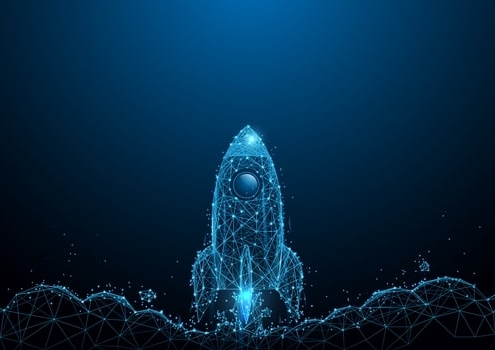 Bay Area-based Graphite Bio launched with $45 million in Series A financing and a goal to use gene editing to correct defective genes through high-efficiency site-specific integration of new genetic sequences. The company was backed by Versant Ventures, which supported the launch of CRISPR Therapeutics.

The technology used by Graphite Bio, according to the company, has the potential to precisely repair a damaged portion of a gene, completely replace a malfunctioning gene while retaining normal regulatory control, or to insert a wide range of therapeutic genetic cargoes into precise regions of the genome. These capabilities provide Graphite with a different approach than companies like CRISPR Therapeutics, which used CRISPR-Cas9 technology. That gene-editing technology can cut DNA strands to disrupt genetic controls that lead to certain disorders. However, CRISPR-Cas9 has not been able to achieve the high-efficiency insertion of new genetic cargo – something Graphite Bio is able to do, the company said.

Additionally, Graphite Bio’s technology has the potential to provide for durable expression while minimizing toxicity from off-target insertions. The company was co-founded by pioneers in the fields of gene editing and gene therapy and has a rapidly maturing pipeline with an upcoming IND and several other candidates advancing toward the clinic in the next 12 to 18 months.

Its lead program specifically corrects the single nucleotide point mutation in the sickle β globin gene. In cells from patients with the disease, Graphite Bio has shown that its gene correction approach efficiently restores healthy hemoglobin protein and eliminates sickle cell hemoglobin, the company said. Graphite Bio expects to begin Phase I studies in early 2021. The company plans to advance other programs it intends to advance into the clinic, but it did not disclose what those indications are.

Josh Lehrer, Graphite Bio’s chief executive officer and former chief medical officer at Global Blood Therapeutics, said the site-specific approach taken by the company is powerful and can be used to “definitively correct the underlying causes of many severe genetic diseases, and also is applicable to broader disease areas.” With the financial backing the company received from its investors, Lehrer said Graphite Bio is excited about progressing its technology into human trials.

Graphite Bio’s Series A financing round was led by founding investor Versant Ventures and supported by Samsara BioCapital.

Jerel Davis, Managing Director at Versant and a Graphite Bio board member, said achieving high-efficiency targeted gene integration has been a long-time goal in gene editing, but it has not been possible until now.