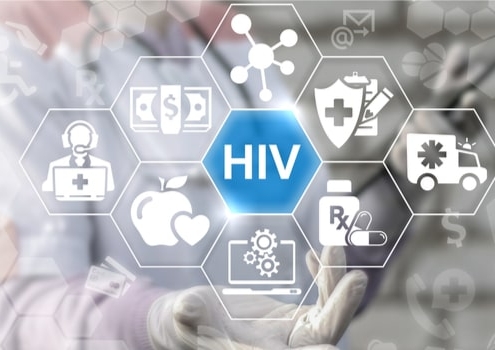 In the 40 years since the HIV epidemic first came to light, treatment options for those infected have come a long way. Earlier this year, the FDA approved ViiV Healthcare’s Cabenuva as the very first once-a-month injection for HIV patients. But the Research Triangle pharma isn’t satisfied yet.

ViiV, first formed in 2009 through a joint venture between GlaxoSmithKline and Pfizer, is dedicated to bringing even longer-lasting HIV treatment to the market. Through an exclusive collaboration and license agreement with longtime partner Shionogi, ViiV is taking an investigational integrase strand transfer inhibitor into human trials by 2023.

The candidate, S-365598, can develop into an ultra-long HIV treatment with dosing intervals of three months or more. ViiV is fronting around $27 million to Shionogi for the molecule, with another $20 million on the line for milestones, plus royalties on net sales.

According to Kimberly Smith, head of R&D, ViiV’s ultimate goal is to extend dosing to just twice a year, a major convenience for patients that is more likely to ensure adherence to the regiment. In 2020, 1.7 million children under 15 were infected with HIV.

“People now want to be able to not have to think about living with HIV every day,” Smith said. “[Patients] want to have the privacy that comes with not having medicines in their home or not needing to travel with them. What long-acting therapy does is to take away that daily reminder of their disease.”

ViiV is also partnering with Halozyme to utilize the company’s tech to increase the volume of the subcutaneous injection that can be administered. Expanding the current dose from 2ml to 20ml would allow the development teams to increase the interval between treatments.

Long-acting treatments are especially helpful for those who had previously experienced success with daily oral treatments but then mounted a resistance to their regimen.

The FDA has now granted ViiV’s cabotegravir, one of the components of the company’s recently approved monthly treatment, Priority Review. The drug has been submitted with an NDA for long-acting, pre-exposure prophylaxis for preventing HIV in individuals at high risk of sexually acquired HIV-1 infection.

January of next year has been set as the target date for approval. Two Phase II/IIIb studies were stopped early as the cabotegravir injection quickly showed superior to daily oral emtricitabine/tenofovir disoproxil fumarate tablets at preventing infection. 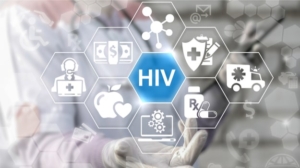 Smith said, “In the United States, fewer than 25% of those who could benefit from PrEP are currently taking it, which points to the need for additional HIV prevention options. We believe new options like investigational cabotegravir long-acting for PrEP will help play a significant role in our collective efforts to end the HIV epidemic.”

Gilead is following suit behind ViiV’s Cabenuva approval. In June the company submitted its NDA to the FDA for lenacapavir, a capsid inhibitor given every six months via subcutaneous injection. After six months of treatment, nearly three-fourths of patients’ viral loads dropped to undetectable levels.

The California biopharma has also joined forces with Merck to see how their long-acting treatments fare together—Gilead’s lenacapavir and Merck’s islatravir.

Smith believes we’re unlikely to develop a cure for HIV in the next ten years, so focusing on decreasing treatment dosing for patients is key to successful disease management.